The fog wall off the coast of Britain 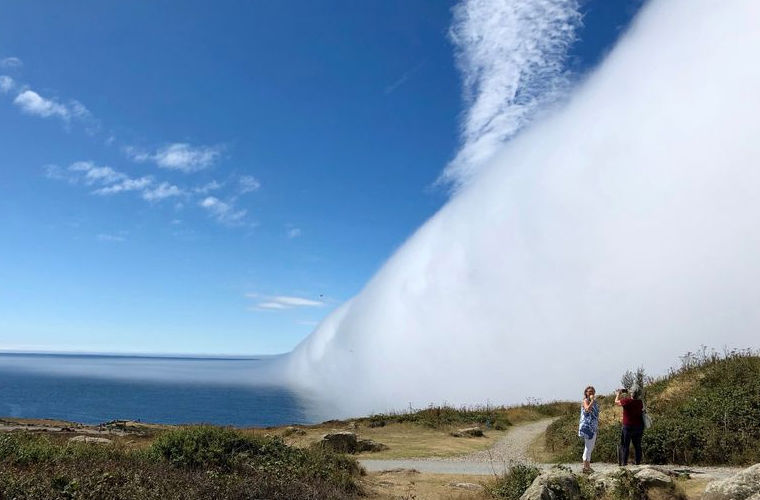 The fog wall was photographed on Cape Land-End (“the edge of the earth”), that in British Cornwall. A dramatic picture opened before the tourists: a dense wall of fog was coming to the coast, and all this around noon, when the sun was shining all round. Local weather services reported that this phenomenon is usually observed in the spring, but sometimes it happens during the year. Warm air from the land mixes with cool masses of air above the sea, which, condensing, turn into a dense wall of fog. “My Planet” published a selection of fascinating photographs of fogs.