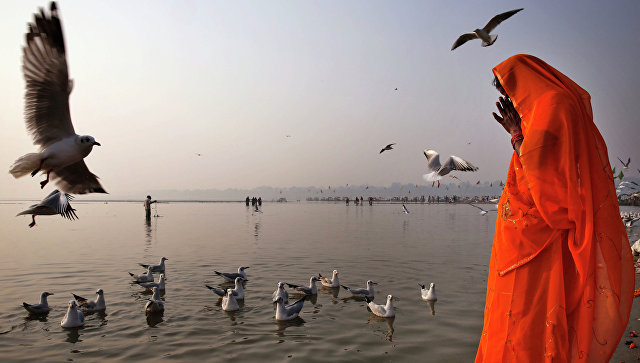 The High Court of the Indian State of Uttarakhand declared the Ganges and Yamuna rivers as legal entities that possessed the rights and duties of individuals.

The decision was taken the day before by the judges Aloka Singh and Rajiv Sharma, who considered the claim of the resident of Haridvara Mohammad Salim, who sought to solve the problem of seizing coastal land from one of the Ganges tributaries. The judges went further in their decision, noting that the sacred for the Hindu rivers are in a deplorable state.

“In order to preserve and preserve the Ganges and Yamuna, they and all their tributaries and channels are declared legal entities or living entities that have the status of a legal entity with all the relevant rights and obligations of the individual,” the Indian press quotes the court decision. Judges explain the necessity of such a measure by the fact that the Ganges and Yamuna “lose their very existence”, being at the same time an important part of Indian society.

“All Hindus deeply believe in the Ganges and Yamuna, and they are collectively associated with these rivers, and the rivers play a central role for half of India’s population and their health and well-being, providing physical and spiritual support for us from time immemorial,” adds the judges. The court also expressed disappointment with the pace of work to protect the Ganges River and instructed the Gang River Management Board to be formed within three months, which will deal with irrigation, water supply, hydropower and navigation.

As the Economic Times explained to the lawyer K.Kh. Gupta, the new status of the rivers will allow to protect rivers more actively from pollution and other negative influence from people. “By this decision, the court recognized” the rights of the fifth order, “which are not limited to people, but extend to the habitat.The decision will give a new dimension to laws aimed at protecting the environment,” he explained. Now the rights of rivers in court can be formally defended by the head of the government program for cleaning the Ganges River, the chief secretary and the Attorney General of Uttarakhand.

The decision of the Indian court appeared only five days after the New Zealand Parliament passed a law that recognized the Māori River, which was sacred to the Maongyong River, as a legal entity.

Recall that more recently, the Wanganui River in New Zealand was the first river in the world to be endowed with human rights.