The giant crocodile scared the inhabitants of the Indonesian village 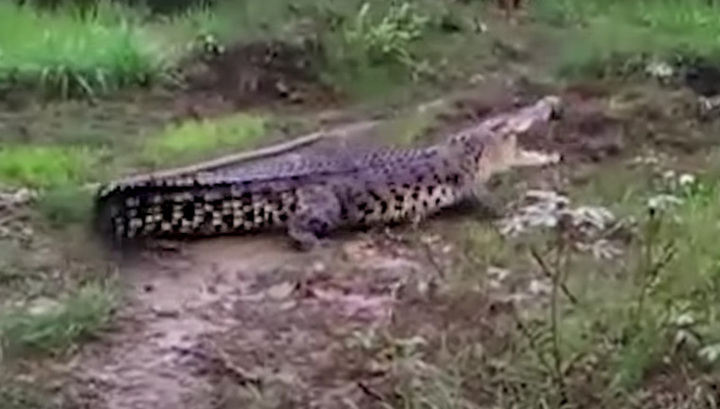 Peasants of one of the villages in Indonesia found a five-meter long crocodile on the rice field, which behaved extremely aggressively. Apparently, the reptile brought flooding to these places.

The predator was found near the village of Kedungviangun in the central part of the island of Java on October 17. The previous night here because of downpours the river spread, and a large amount of mud puddles formed on the field. In one of them a predator was hiding.

On the footage of the video, published by Jakarta Post, you can see how a huge crocodile is selected from a puddle and begins to aggressively rush towards those present. Some peasants tried to catch the crocodile with bamboo sticks and wire, but without success.

As a result, the reptile again hid, and the locals now fear that it will return again. According to the representatives of the local police, the peasants behaved recklessly when they tried to catch a crocodile, not having the appropriate skills for this.