The Indian stopped growing at the age of five 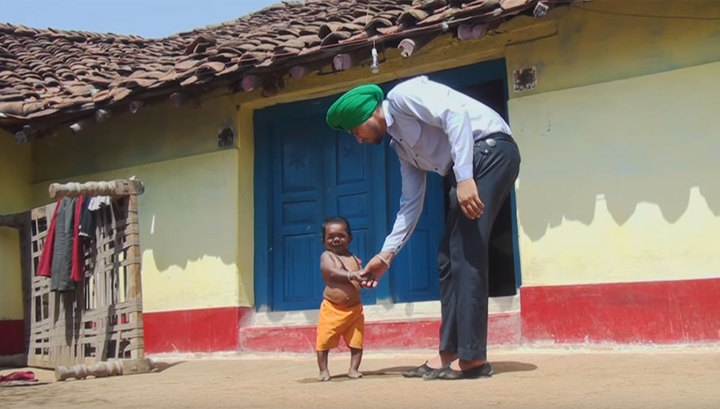 A resident of a village in the Indian state of Madhya Pradesh called Basori Lal stopped growing when he was five years old. Now the man is 50, but his height does not exceed 70 centimeters. The Indian and his family do not know why Basori’s body at some point stopped developing, reports the Daily Mail.

The Basori family works at a local factory, she never had money for doctors for an Indian. As a child, Lal was constantly subjected to ridicule from peers, but over the years the villagers began to treat the man with respect and understanding. Today, he is a universal favorite.


The 50-year-old Basori Lal lives with his brother and his wife. He works at a local factory and says he wants to spend the rest of his days like this. His family does not want to acquire an Indian, he likes to live with close relatives.

The Indian says that he has not experienced for a long time because of his growth, since he can do all the same things as other villagers. According to Lal, he is satisfied with life.