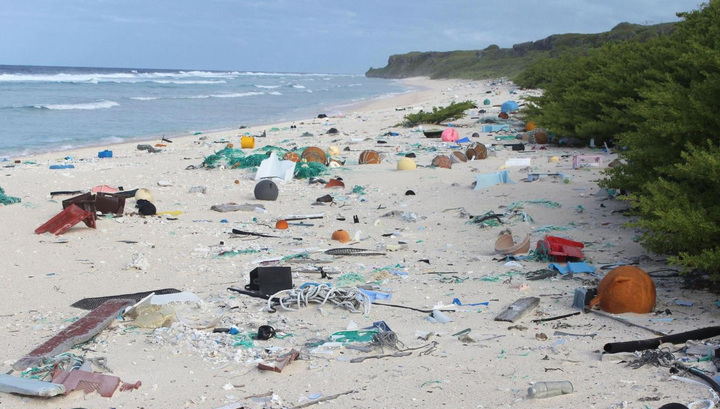 Environmentalists have recognized the island of Henderson, located in the Pacific Ocean, the UK’s most dirty island in the world. On every square meter of its shores, on average, there are almost 700 fragments of plastic of different sizes, and their total number exceeds 37 million.

The uninhabited coral island, which is more than 4,000 square kilometers from the nearest habitation, was introduced by UNESCO in 1988 as a World Heritage Site. At the same time, the island is located in the center of the South Pacific current system, which makes it an object of attraction for artificial debris, which is brought here from the shores of South America or dumped from ships sailing across the ocean, Standard reports.

According to the results of their last expedition to Henderson Island, scientists from the Institute of Marine and Antarctic Studies at the University of Tasmania in Australia estimated the total weight of plastic debris on the shores of the island at 17 tons. Moreover, every day the waves throw more than 3,570 new fragments here.

Earlier it was reported that Irkutsk students collected 225 garbage bags near the Lake Baikal during the subbotnik on the Circum-Baikal railway.