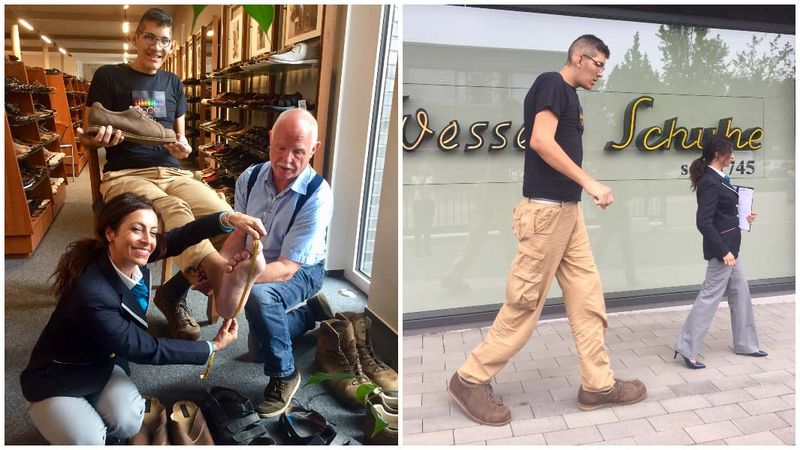 Jason Orlando Rodríguez Hernández from the city of Maracay, Venezuela, received a new certificate of the Guinness Book of Records as the owner of the largest foot among living people.

22-year-old young man from Venezuela is the owner of the biggest foot among living people since 2014. Then it was recorded that his right foot in length reaches 40.1 centimeters, and the left foot – 39.6 centimeters.

Now, four years later, Jason’s feet grew even bigger. According to the Guinness Book of Records, the right foot of the record holder is now 40.55 centimeters long, and the left foot is 40.47 centimeters. Thus, Hernandez updated the record and received a new certificate. 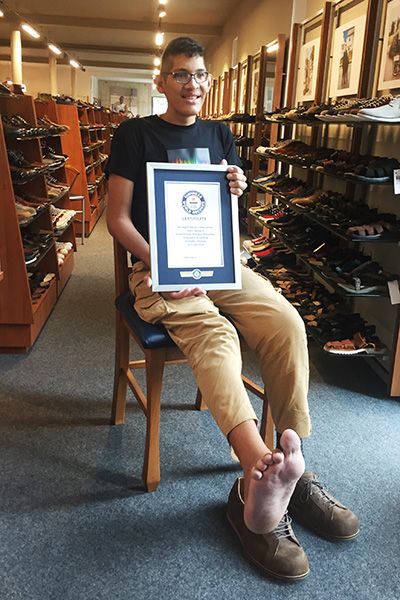 The ceremony took place at the Wessels store in Verdun, Germany, where Jason had to pick up the boots tailored for him. Regular shoes Jason, of course, is not suitable. By the way, his height is 220 centimeters.

The owner of the biggest foot in history is the American Robert Wadlow (Robert Wadlow), also the tallest man in the world, according to the Guinness Book of Records. Wodlow lived a short life and died at the age of 22 in 1940. His height was 272 centimeters, and his feet reached a length of 47 centimeters.