The mass death of elephants in Botswana explained by cyanobacteria 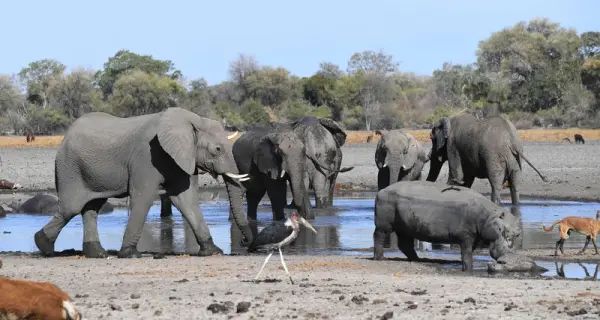 More than 300 elephants have died in Botswana for unknown reasons since May 2020. Now it seems that the experts were able to figure out what led to such a large-scale tragedy.

The Department of Wildlife and National Parks of Botswana, after several months of investigation into the mass death of elephants, announced the completion of work and established the cause of the tragedy. According to the chief veterinarian of the department, Mmadi Ruben, it’s all about the water.

“Our latest tests have shown that cyanobacterial neurotoxins are the cause of death in elephants. These are bacteria found in water, but we still have many questions to answer. For example, why only elephants perish and why only in the Okavango Panhandle area. There are a number of hypotheses on this score, which we are now dealing with, “- quotes the words of Ruben Reuters.

Cyril Taolo, deputy director of the Department of Wildlife and National Parks of Botswana, said that since July, when 281 elephants were killed, the death toll has risen to 330 individuals. About 25 more elephants died in neighboring Zimbabwe.

Chris Foggin, a veterinarian at the Victoria Falls Wildlife Conservation Fund, who has studied dead elephants in Zimbabwe and Botswana, said the deaths of animals in Zimbabwe could have been caused by a bacterial infection. At the same time, both countries categorically exclude the version of the extermination of elephants by poachers, since the animals were found with whole tusks, which excludes poaching and deliberate poisoning for the sake of tusks.