The monkey adopted a chicken 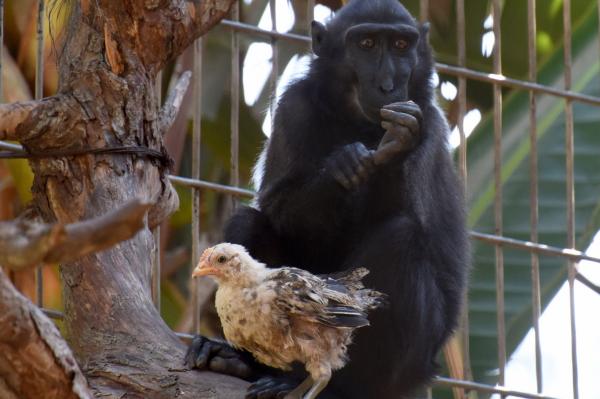 Macaque named Niv, who lives in the zoo in the Israeli city of Ramat Gan, could not find a mate among her relatives. Together, the monkey made friends with the chicken from the neighboring enclosure.

Employees of the zoo said that at first they feared for the safety of the chicken, who once wandered into the aviary to the monkey. However, later representatives of the zoo saw that the macaques began to take care of the bird. 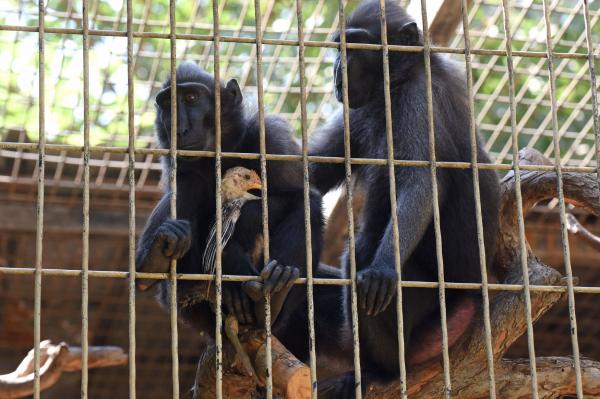 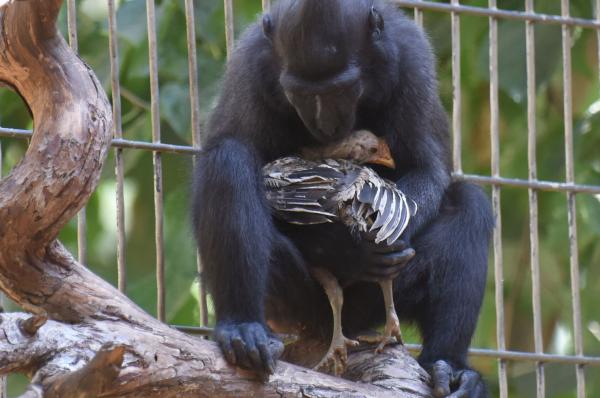 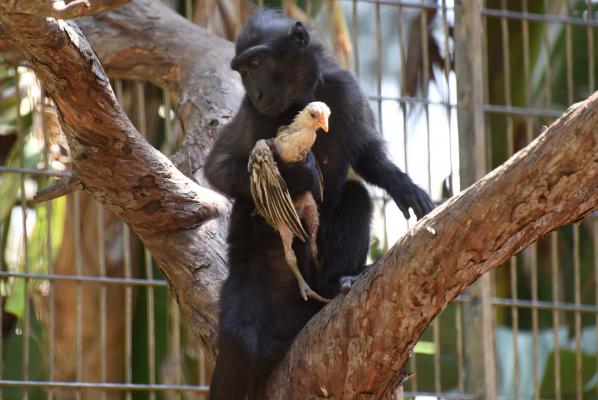 “He started resorting to the monkey for protection when he is scared.” The chicken always has the opportunity to escape, but it does not go away, “the zoo said.

The chicken was often seen sleeping with a monkey. He goes to Neev in a corner where she sleeps at night and exits from there in the morning.