The most dangerous place on Earth

Many of us, the weather was caught off guard, whether it’s a sudden downpour on the way home or to work, or the scorching sun in the absence of a beach or any shelter. But it’s all doable. There are on our planet where mother nature truly kills. Deadly storms, volcanic eruptions — in such places it is better not to meddle. But among all the dangerous places of our planet what will be the most deadly?

Let’s divide the planet into four elements and will find the threat of their implementation on the Ground. 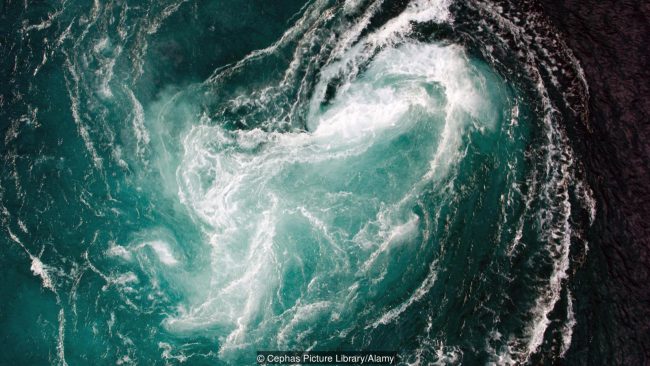 Water is an obvious danger, because we are very poorly adapted to the aquatic environment (and I do not know how to swim). Despite our skills in managing the boat in 2012, according to the International Maritime organization, the sea died 1051 people, although only a small part of them have suffered because of the direct impact of waves.

Some water is more dangerous than others because of the unique geographical features that increase their strength. Strait Saltstraumen in Norway earned a terrifying reputation as the most powerful currents on Earth. However, this house is for the most powerful maelstrom in the world is now so well understood that tourists pass it in an inflatable boat with a knowledgeable skipper.

Probably, with water increasingly to be reckoned with on land. For those who live on the coast, the flooding of sea water is especially dangerous. The Maldives, a group of low-lying Islands and atolls in the Indian ocean, also referred to as “the ephemeral Islands” because of the vulnerability to sea level rise. The risk increases each year as our climate continues to change.

The peak of the hazard comes at a time when the water level suddenly rises, during the tsunami or storm tide. 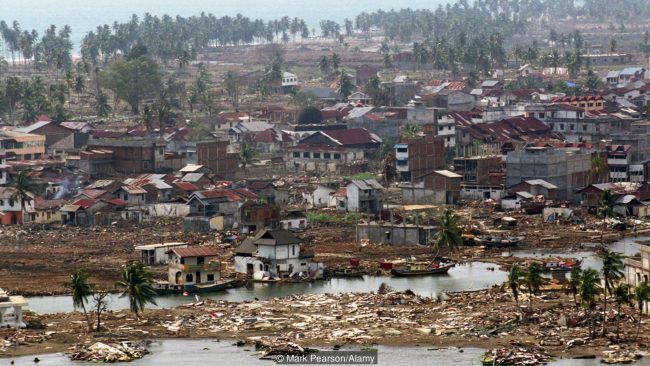 A tsunami is the sudden displacement of water, causing an enormous wave or series of waves, which can have devastating consequences. Most tsunami — 71% according to the National weather service of the United States occurs in the Pacific ocean. However, for earthquakes caused by the tsunami can be born in any subduction zone, says Torkild Aarup, the head of the group for the tsunami, the intergovernmental Oceanographic Commission of UNESCO.

In the world there are systems of mitigation and the tsunami warning system designed to protect people from these life-threatening events. But in some places the warning time reduced to 20 minutes, so a tsunami can take away many lives. In 2004, there was the most deadly tsunami in recent history, which claimed 280 000 lives in 15 countries, after the earthquake off the coast of Sumatra in Indonesia. This sacrifice is difficult to comprehend the sea. However, more lives are claimed river floods.

Summer flooding of the Yangtze river in China in 1931, according to estimates, took the lives of millions of people, although official records is greatly reduced. After a heavy snowfall that year had a strong thaw and abnormally heavy rains, with the result that took place, probably the worst natural disaster in the history of civilization.

Today on the banks of the largest rivers of China live, without exaggeration, billions of people, and a flood associated with possible climate change, does not allow them to sleep at night. 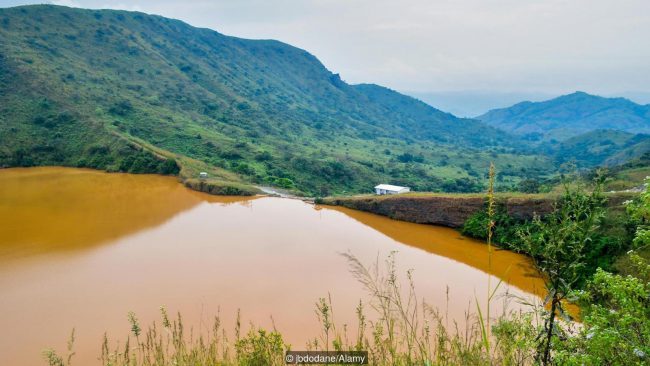 In Africa there are a few “lakes-killers”, but the water has nothing to do with it.

Lake Nyos in Cameroon and lake Kivu on the border of the Democratic Republic of the Congo and Rwanda represent an unseen threat. These lakes are located in areas of volcanic activity, where carbon dioxide seeps from the earth.

During the “lacustrine eruptions” carbon dioxide gas erupts from the lake bottom, forming a cloud. Because this gas is heavier than air, it sinks, pushing out the oxygen and suffocating all life in this region. After two eruptions in 1980-ies, killing 1,700 people and 3,500 head of cattle in Cameroon, methods have been developed for safe degassing of lakes with the use of pipes and siphons.

Possible disaster also managed to turn in favor of lake Kivu, where the ground falls away methane gas. The project was created, designed to pump gas for energy production and provide electricity to millions of people.

However, not only gases can kill. The air itself also becomes fatal, when the winds become unstoppable. 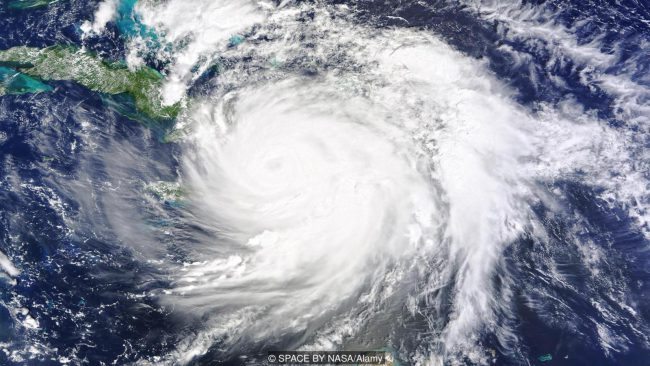 Cape Denison in Antarctica is considered the windiest place on Earth. No wonder no one lives there. However, seasonal storms cause destruction in populated areas around the world.

The strongest storms are formed over warm oceans to the North and South of the equator. There are pre-emptive (or trade) winds are amplified by the pressure change and rotate under the action of the Coriolis effect, creating spinning weather systems known as hurricanes, cyclones and typhoons.

Speaking of these storms, Haiti is considered the most vulnerable island in the Caribbean. He not only lies in the path of hurricanes, but also the most impoverished country lacks of protection against them. Settlements are built on flood plains, and natural protective forests destroyed, and the economy is not stable enough to ensure Haiti flood protection or notification system.

This explains why the strongest curtains won’t always be the most deadly. 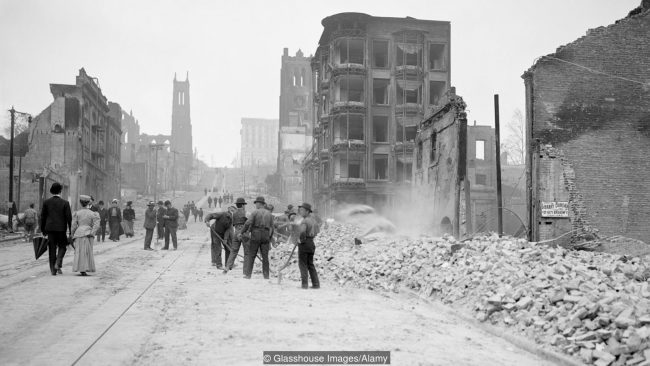 John Berkman is an expert in the field of disaster risk at the University of Stuttgart, Germany. He says the cyclones are dangerous because they are difficult to predict.
“It is important to note that storm tracks can change frequently. This means that they appear in such regions, where there not seen cyclones or saw very little. These regions are particularly at risk, because people and the local community don’t know what to do and how to prepare for cyclones”.

Berkman is part of the team that compiles an annual world report on risks prepared by the University of the United Nations. It highlights the countries that are most vulnerable to natural disasters, taking into account their stability and position, are global initiatives to protect them.

In 2016, the list was headed by Vanuatu. More than a third of the population of this country suffer from natural disasters every year. In 2015 a few weeks the island was struck by an earthquake, volcanic eruption and severe cyclone pam. 11 people were killed, according to official data.

This is a relatively low death toll suggests that global efforts to protect people from natural disasters work. For comparison, the worst loss of life due to cyclone happened in November 1970, when Bangladesh was hit by a cyclone Bola. Killed 500,000 people. 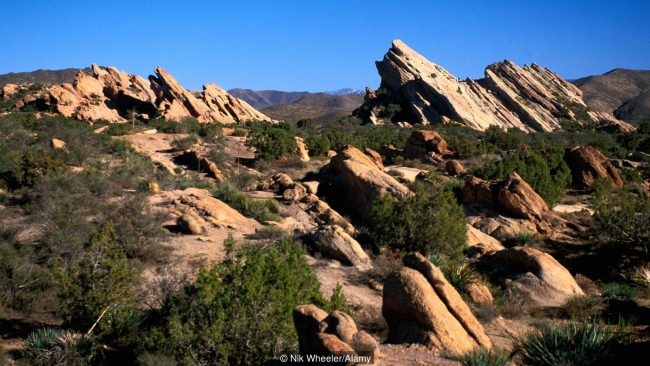 Among all possible natural disasters, the most serious cause is tectonic activity. The crust is composed of moving plates and when they move against each other, accumulates potential energy. When she is released, the earth cracks and emits a seismic wave that strikes the surface of the Earth violent tremors.

The deadliest earthquake happened in 1556 in Shaanxi, China and claimed 800 000 lives. Because earthquakes also generate a tsunami, it would be fair to say that they seriously compete with the flood of lethality in the world to natural disasters.

Fault San Andreas fault where the Pacific plate slides along the North American plate, runs through California and is one of the most famous plate boundaries. Not surprisingly, Hollywood (California) the Directors even made a film of the same name. A serious earthquake could lead to dire consequences.

But, again, the most vulnerable to earthquakes, less wealthy parts of our planet. Earthquake-prone cities like Los Angeles and Tokyo are using the latest architectural achievements, to make their homes earthquake-proof and to protect its inhabitants. But not all countries located along the “Pacific ring of fire” — where 81% of the largest earthquakes in the world — is capable of.

In 2015, determined that eight of the ten most vulnerable cities in the world for natural disasters are in the Philippines, which lie not only in the ring of fire, but also within the Typhoon belt. 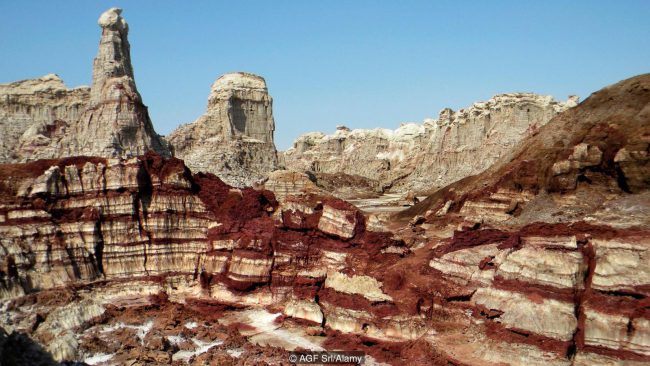 Second end of the stick with two ends — tectonic activity is volcanic activity. Where plates depart from one another, from under the Earth’s surface erupts hot magma that fills this void.

Depression, Danakil in Ethiopia is often described as “the most cruel place on Earth”. It is the meeting place of three plates. Perhaps it is also the most volcanically active place in the world.

The average annual temperature is 34.4 degrees Celsius, making it one of the hottest places on Earth. With low rainfall and a landscape of volcanic rifts, hydrothermal fields and salt plains, at first glance, hardly anyone would be able to survive in this basin. But the people of afar call this place home.

In General, people have harmful habit of settling close to hazardous geographical features, including mountains exploding, spewing rivers of fire. The most famous example, are considered of Pompeii, the ancient Italian city that was buried under the lava of Vesuvius. However, few modern cities also have views of active volcanoes. Naples is less than 10 kilometers from mount Vesuvius, while Mexico city is 70 kilometers from Popocatepetl.

According to a study published in 2015, more than 200 000 people died directly from eruptions in the past 400 years. An international group of experts has also listed the places most at risk of volcanic activity. Indonesia was at the top. 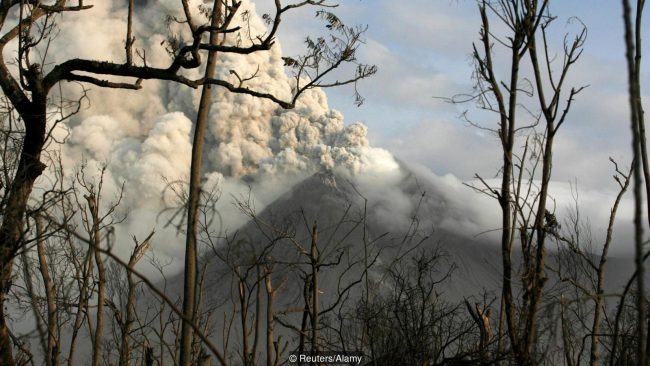 Mount Tambora on the island Sumbawa directly killed 70,000 people in 1815, which led to the “year without summer” in the Northern hemisphere. The eruption temporarily changed the climate, and hence the volcano is ultimately killed even more people.

Not so long ago mount Merapi killed in 2010, more than 350 people. Tens of thousands of people were temporarily evacuated.