The most extreme place on Earth 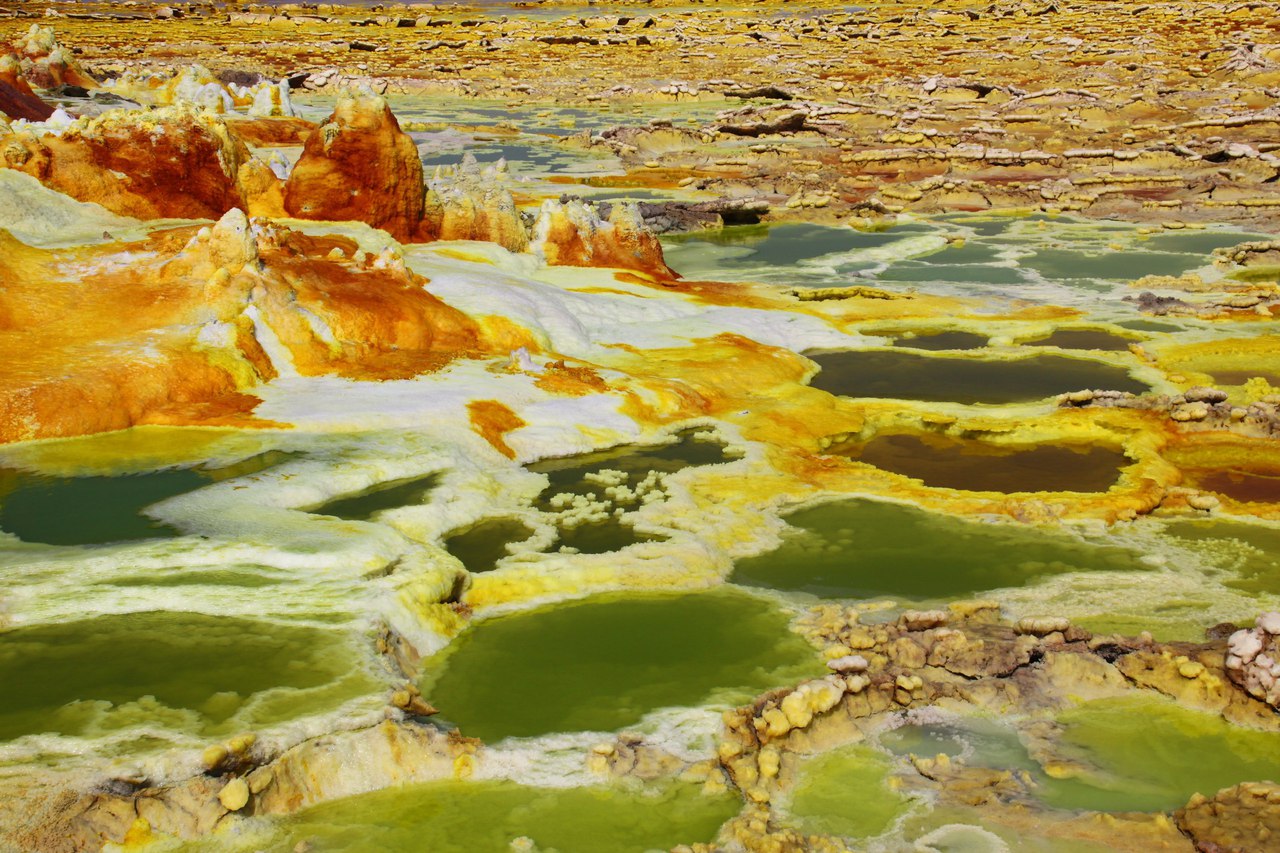 Scientists have concluded that the most extreme place on Earth, the habitat in which you can compare with alien, is in Ethiopia in the cavity, Danakil.

A group of scientists from Spain began to study depression, Danakil, because today this place is almost not investigated. An expedition member from the Astrobiology centre in Madrid Felipe Gomez explains that biological descriptions of the inhabitants of the basin do not exist, but this uncharted territory is truly huge interest.

In Danakil there are at least three extreme ecosystem indicators air temperature here range from 42 degrees during the day and 30 at night. The air is saturated with vapors of chlorine, which can “burn off” easy. Those microorganisms that can survive in such conditions, is unique.

The depression arose as a result of the collision of three tectonic plates. Inside there is active volcanic activity, so it is the hottest place on the planet. Danakil, located at 100 meters below sea level. Water that gets into it, passes through heated lava rocks. Water thus saturated with various inorganic compounds and turns into extreme chemical cocktail.

According to preliminary research, in the cavity there are three habitats which are home to different species of bacteria-the extremophiles. One Wednesday — it’s practically boiling water with water temperature over 90 degrees, which in turn are rich in sulphur and therefore painted in bright yellow color. The second habitat is formed when the temperature is 40 degrees, it is dominated by copper salts. In the third there is no water, it is a kind of forest from non-living fungi, created by iron salts.

The researchers are now engaged in chemical analysis of the Ethiopian basin, and then plan to study microbes that will abtut in waters and rocks.