The most lonely bird in the world died 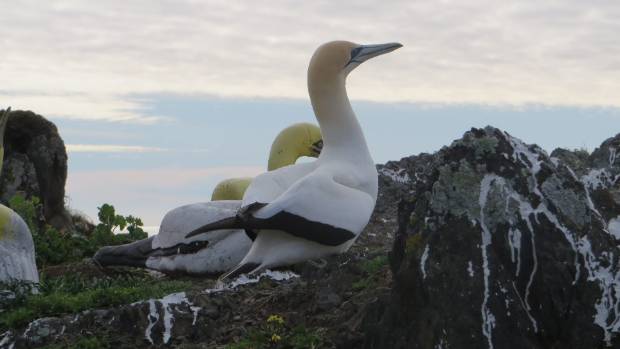 On the uninhabited island in New Zealand, the world’s most lonely bird died – a gannet named Nigel. For five years the feathered person lived on the island of Mana without relatives.

Forty years ago, all the boobies left the land for an unknown reason. Local authorities even installed concrete sculptures with built-in speakers that broadcast bird screams in such a way to attract them back. However, this project was unsuccessful: knowing that the birds are sham, the boobies left the island. One single gannet, which was nicknamed Nigel, was chosen by the uninhabited Man. A lonely inhabitant chose one of the concrete gannets for himself as a partner. As the sheriffs tell from the neighboring island, he sculpted the nest for sculpture and cared very much about it.

At the very beginning of winter, three more gannets flew to the island of Mana, but Nigel showed no interest in them and did not leave his stone friend. The body of a solitary gannet was found by Sheriff Bell. In his opinion, Nigel did a great job without leaving the island, and attracted birds to the uninhabited land.