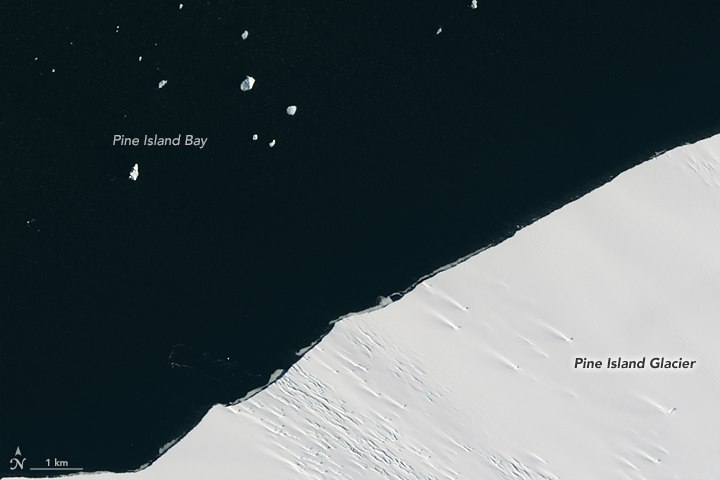 American satellite remote sensing “Landsat 8” from 25 to 29 January 2017 captures the process of formation of the large iceberg off the coast of Antarctica.

Massive piece of ice with an area of 59 square kilometers broke away from the glacier pine island. Pine island is one of the largest glaciers of the West Antarctic ice sheet. It accounts for about 20% of the total discharge of ice into the ocean in this part of the ice sheet South of the continent.

The huge glacier is also one of the least stable, and in recent years the ice cap rapidly retreats, losing a huge amount of ice. The last large-scale relief was observed in July 2015, when the glacier pine island iceberg broke off with an area of 580 square kilometers. 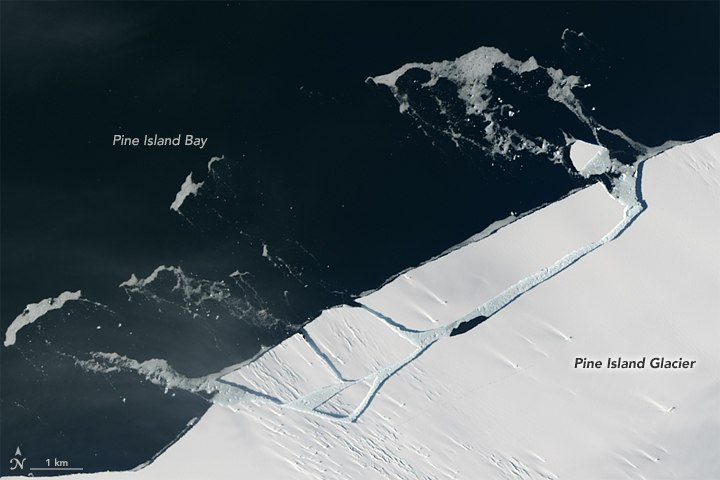