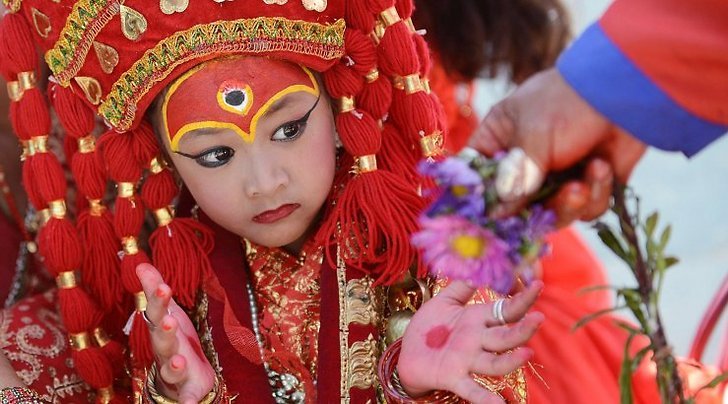 As elect little goddesses in Nepal what 32 signs of perfection they have to possess and why they can’t go on the ground.

Nepal – the only place in the world where deities live not in heaven, and on the earth. According to ancient beliefs, Taledzhu’s goddess (or Durga) finds the corporal embodiment in the pure maiden called on a local dialect of “kumara”. Only that girl who possesses 32 signs of perfection can be elected the goddess. Since the childhood and prior to the beginning of a menstrual cycle of a kumara serves the people, and after – it is restored to usual life. 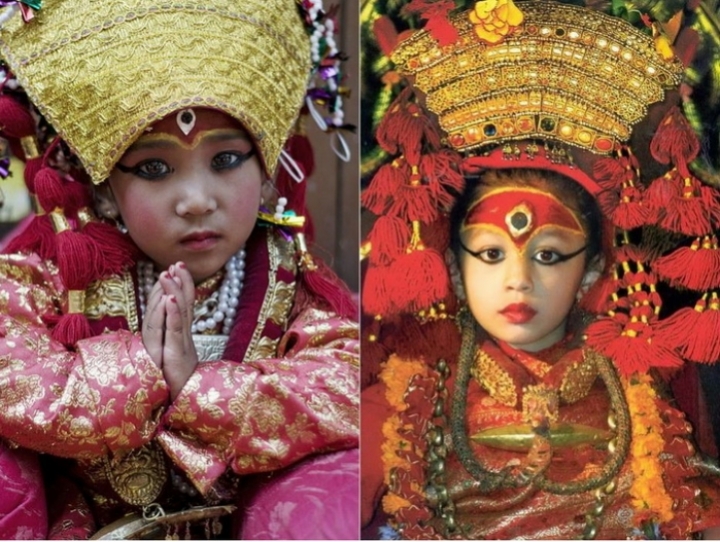 Life of a kumara is a difficult testing, however many girls, representatives of an aristocratic caste, dream to be awarded this status. Most of terrestrial goddesses live in Nepal, as a rule, at the same time about 9-10 kumara work. Each of them is called to devote herself to people: Nepalese believe that in the opinion of the baby it is possible to read divine essence of Teledzhu, because come to it with requests and prayers. 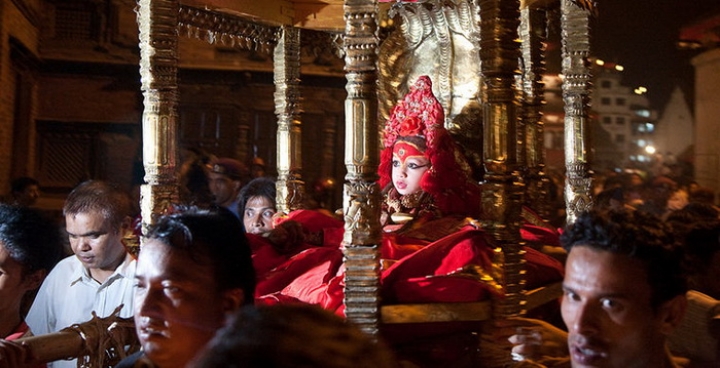 Kumari is a girl who is good herself, her horoscope – is faultless, the family tree – is ideal, from the birth it shall have neither diseases, nor body birthmarks and, of course, any wounds and bleedings. The body of a kumara is monastery of a deity – to the first drop of blood. With respect thereto, girls traditionally lose the divine status at the age of about 12 years. 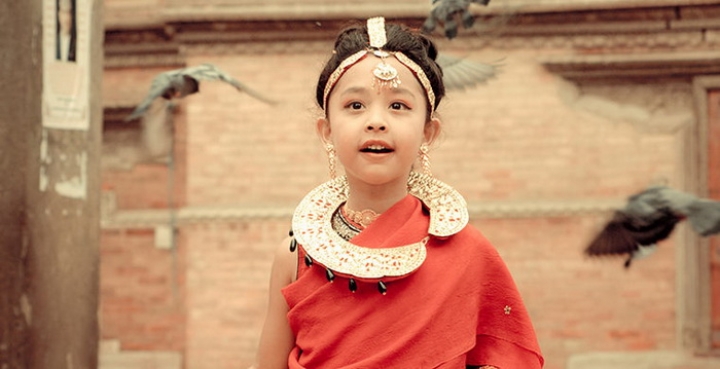 Difficult work is necessary to that which receives honor to hereinafter be referred to as kumar: the goddess is obliged to lodge in the certain room where the never-ending flow asking about health right there directs. As a rule, these people with various injuries and diseases. To pass a peculiar ceremony of initiation, the girl in the first night after “crowning” is left in the room with the chopped-off heads of the sacrificed bulls and goats. 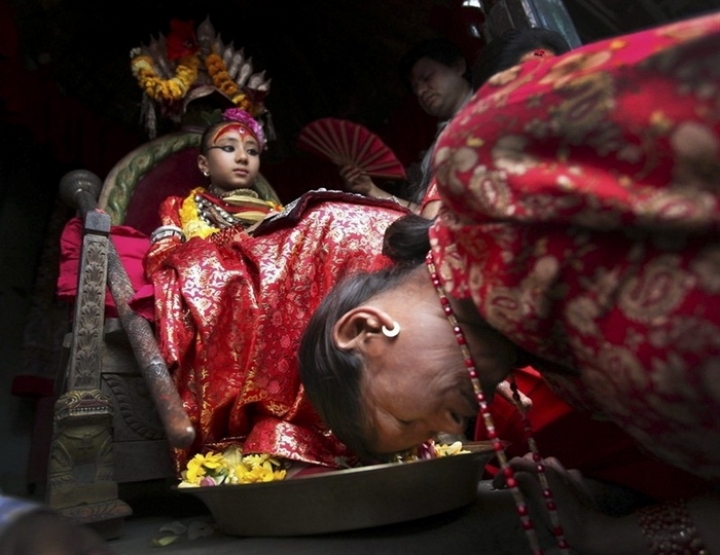 For the next years the child lives in the room one, any his desire – the law for servants. Kumari can dress only red clothes and never wears footwear. Gods don’t go on the ground: in case of need it is taken out from the house on a special stretcher (the girl leaves the room 13 times a year – in cases of big religious holidays). 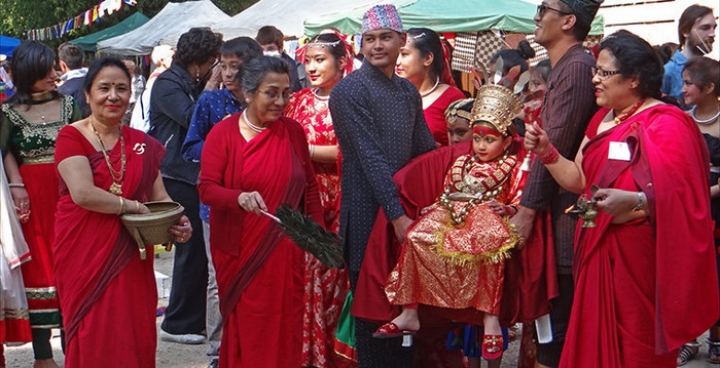 With approach of the first periods of the girl lose the divine status and transfer a throne and distinctions to the newly elected goddess. For teenagers this heartrending experience, it is necessary not only to get used to new life, but also to begin to be socialized. Only in recent years kumar it is authorized to take private lessons, before girls didn’t get an education. One more complexity is that kumar are afraid of the man: according to beliefs, decided to marry the ex-goddess will die of a blood spitting or at all it will be strangled by dragons which without fail will creep out of her belly in the first marriage night. 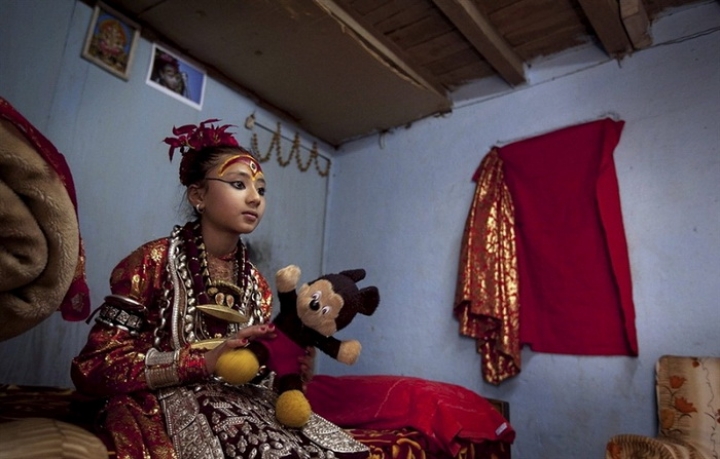 To be fair It should be noted that some ex-goddesses nevertheless find the way to lives. Journalists from National Geographic found girls who happened to stay kumar, and learned how there was their life.