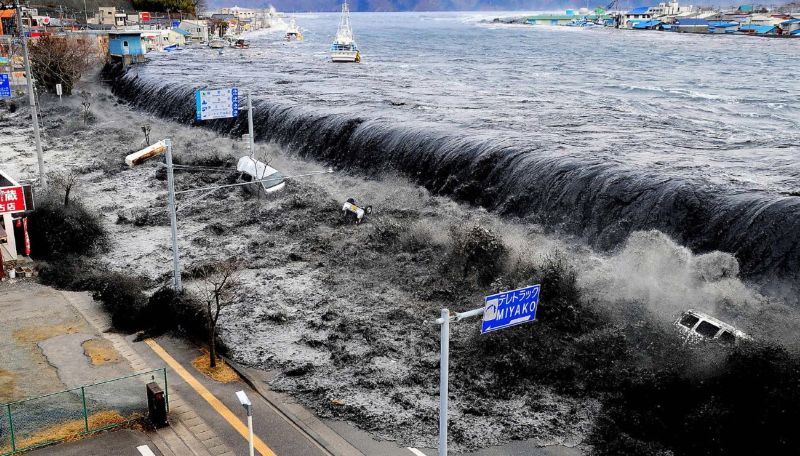 A new warning system for the approaching tsunami, which was recently installed in Japan, could reduce the number of losses during the massive earthquake (with subsequent flooding) in the Tohoku region in 2011. The catastrophe, which claimed more than 22,000 people, spurred the researcher Yuichiro Taniok from the University of Hokkaido in Japan to develop an entirely new technology for warning about a possible tsunami.

Tanioka presented his idea at the recent annual conference of the European Union of Earth Sciences in Vienna. He said that the system works through the network: seismic sensors and pressure sensors connected to the Internet cable are installed on the seabed. In the event of an accident, the signal will be heard for 7 minutes. In 2011, it took 30 minutes.

“We could have won an extra 23 minutes,” Tanjoka said during the presentation.

According to the researcher, only 23 minutes could save thousands of lives: people would have managed to get to the shelter before the tsunami swept the Tohoku region.

“Of course, thousands of people have already been evacuated because of the foreshocks, but many of those who remained too could have time to hide,” Tanjoka said.

The S-NET system is already operating on the south-east coast of Japan. Now, the specialists of the Japan National Institute for Natural Disaster Prevention are installing a network of 125 sensor sensors in the Japanese basin at a distance of 30 kilometers from each other – exactly in 2011 there was a hearth of Tohoku earthquake.

To develop an algorithm that allows instantaneous determination of the time and strength of the tsunami, as well as the possibility of flooding, Tanjoka combined water pressure readings and seismic data from the sensors, information on previous major earthquakes and parameters of the deformed seabed found by satellites.

The researcher demonstrated how in just a few minutes the algorithm very accurately predicted the flood pattern observed after the tsunami. Then, using the data from this test, he modeled the conditions under which the earthquake and tsunami arose in 2011. S-NET again with amazing accuracy predicted the scale and location of the actual flood.

“The flood came about 2-4 minutes after the tsunami,” he said. “Now, to give out accurate warnings, we do not need any information about the earthquake. Instead, the sensor system will simulate likely floods based on incoming seismic data and pressure data, and then automatically activate the alarm if a tsunami is unavoidable. ”

By the way, Tanyoka’s colleagues from the Center for Tsunami Studies at the University of South Callifornia believe that the new sensor system can be successfully applied in Japan, but for other countries, for example the US, it will not work. The fact is that unlike Japan, where a tsunami occurs almost immediately after an earthquake, a water catastrophe of this magnitude in the United States usually “arrives” from afar (for example, from Chile) and is much easier to predict.