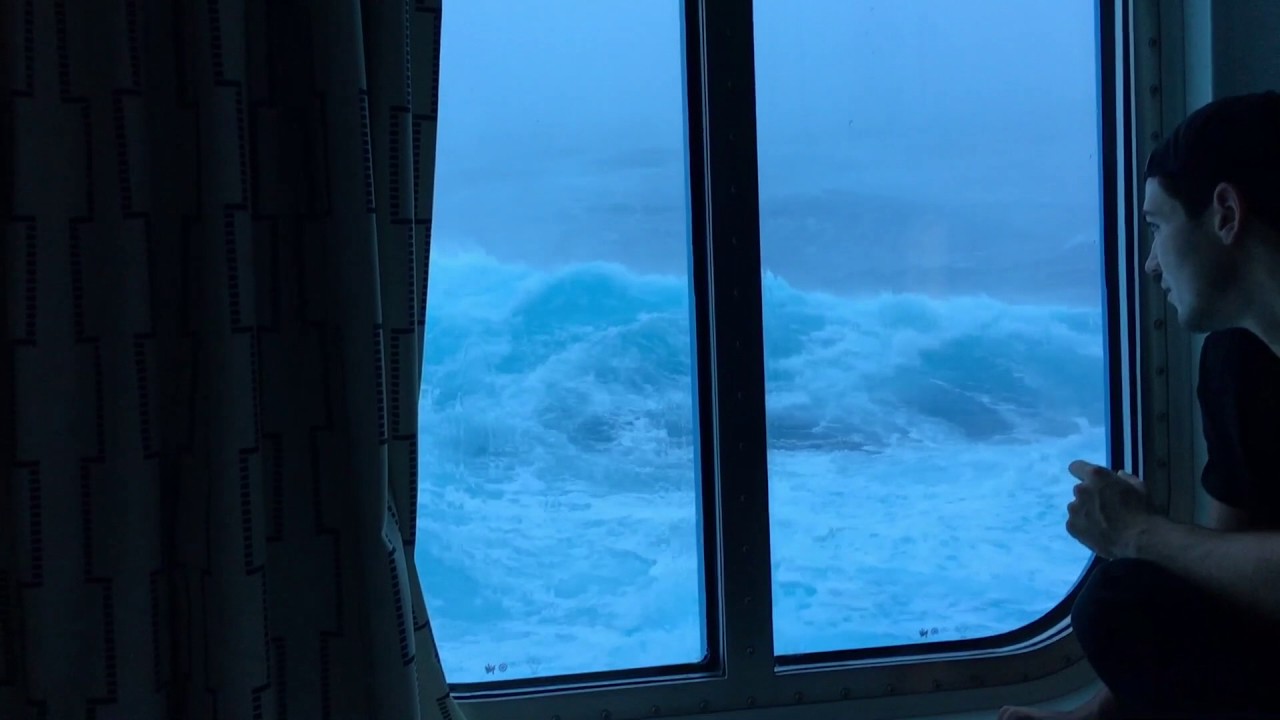 On the Internet, a video taken by a passenger of the cruise liner Anthem of the Seas during a storm is gaining popularity.

Young people shot the view from the porthole on the third deck, when the ship covered a nine-meter wave. For a few seconds the passengers had a feeling that the ship was completely submerged in water. People who are in the frame, look pretty calm, but the operator shouts: “This is terrible!”

A few minutes before the shooting, the captain told passengers to stay in the cabins, saying that the crew had decided to stop and wait for the storm.

The ship that followed from New York to Florida fell into a storm in February. On board were more than six thousand people, four were injured. Damage was also caused to the ship: the ceiling partially fell on one of the decks, the furniture broke and the flower pots broke.