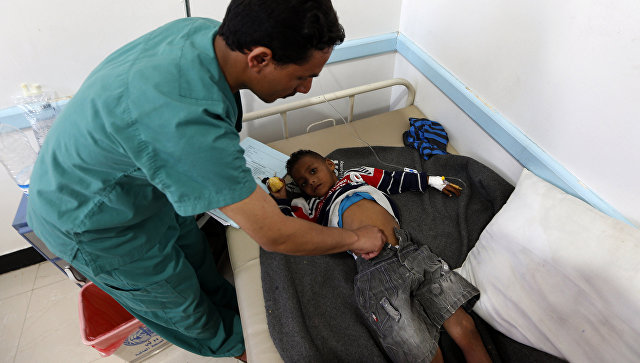 The number of cholera cases in Yemen by the end of August could increase to 300 thousand people, a representative of the United Nations Children’s Fund (UNICEF) in Yemen Meritxel Relano told reporters on Friday.

According to the World Health Organization, from October last year to June 21, the total number of people suspected of cholera in Yemen was 185,301 people. At the same time, over 37,000 people became ill between June 13 and 19. In 1233 cases, the disease led to the death of patients.

According to UNICEF, the number of deaths due to cholera is 1265 people. In addition, the disease has spread to 21 of the 22 provinces of Yemen.

Cholera is an acute intestinal infection characterized by the defeat of the small intestine, vomiting, rapid loss of body fluids with the development of varying degrees of dehydration until death.