The octopus saddled a dolphin in Australia 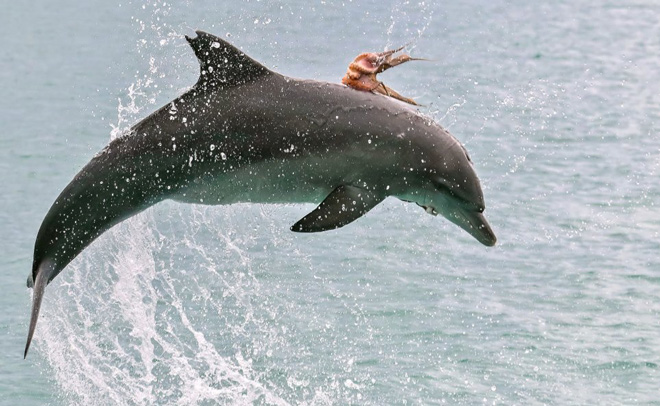 In Australia, an octopus saddled a dolphin. And an unusual duo captured in a jump photographer Jody Lowe.

Lowe was riding a boat on the river Hastings. Suddenly, a dolphin-bottlenose dolphin jumped out of the water, and an octopus clung firmly behind his back. 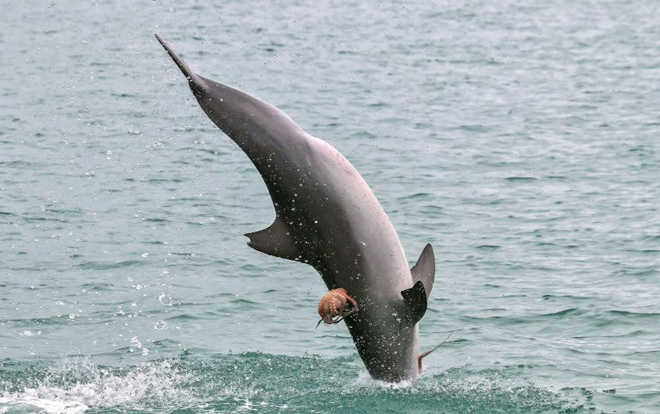 Although the couple looked idyllic, the Australian believes that with the help of a jump the dolphin tried to shake off the mollusk for later eating. The photographer noted that such a picture is very rare.

Why do animals skate on each other? In our material – the main reasons for this behavior among fauna.

And here is another story about the dolphin and the octopus. In this case, the dolphin clearly was in a great mood, which can not be said about the unfortunate mollusk. It is likely that the fun game ended with a dolphin meal, so the octopus from this article really do not envy!