The phenomenon of ventriloquism 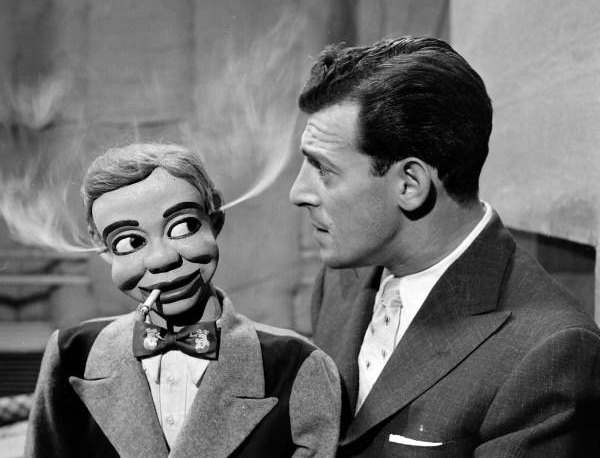 The art of ventriloquism, that is, the ability to speak without opening the mouth, has been known since time immemorial. In Russia such craftsmen were called gutsbusters, ventriloquists, since the XIX century – ventrologists. The name emphasized that the voice was heard coming out as if from the belly of the speaker.

The Venetian scientist Rodiginus, who lived in the second half of the fifteenth century, reported his experience of seeing the ventriloquist:

“Women ventriloquist is not a fable, deserving mockery – in my time they exist. I saw in my own country a woman of small stature, of low birth, from whose belly the voice of an unclean spirit was heard. This voice, however, was weak, but when the devil wanted, he spoke clearly and clearly. Many rich and noble people, curious to know the future, invited this woman to her, stripped naked and in the presence of everyone (what happened in my presence) naked asked about the future.

The demon who settled in her stomach, called Cincinnatus and willingly answered those who called him by this name. When he was asked about things mysterious, like, for example, about the past or the present, he often answered correctly, but talked about the future trifles and showed his ignorance of some kind of roar, a muffled rumble or deaf sounds, from which nothing could be understood. ”

The fate of ventriloquists in those days was unenviable – they were executed or exiled. The famous Portuguese inquisitor Oleaster, who lived in the sixteenth century, also left a story about his meeting with the ventriloquist:

“In my youth, when I was brought up in the Royal College in Lisbon, I saw one girl, Cecilia, who appeared on trial before the Senate. From her elbows and other parts of the body emitted a weak voice, which, she assured, was the voice of some Peter, already dead. The voice answered all questions immediately and quickly, most of the time he asked the listeners to help Cecilia in her poverty. By decision of the Senate, Cecilia was exiled to St. Thomas, one of the Antilles, near Puerto Rico, where she died. ”

Of course, the poor Cecilia, who was asking for alms in such an original way, was considered the bearer of the devil’s schemes. That’s why they condemned. 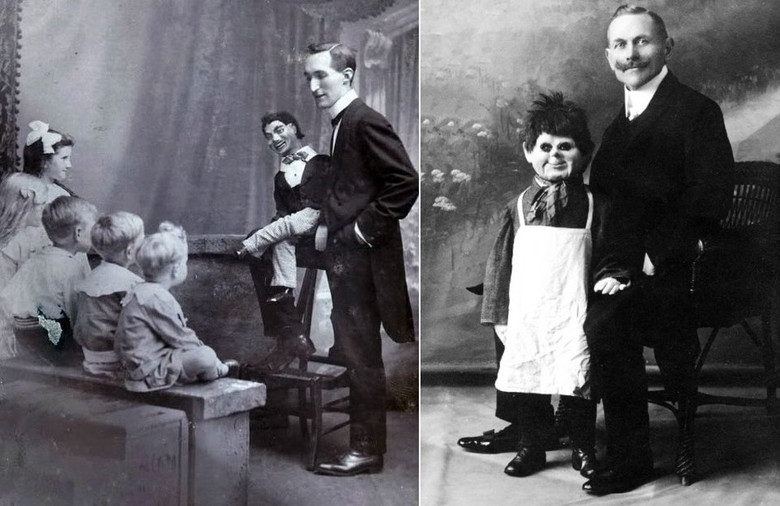 Ventriloquists of the early twentieth century with their dolls

Very few then doubted the devilish origin of the wonderful ability to speak without opening lips. For example, the monk Bonaventuro (1640-1704) wrote about this gift as follows: “It is also possible to extract words from the internal gastric cavity, which we usually pronounce only with the lips.”

The physiological mechanism of ventriloquism was discovered a little later, but it was somewhat different from what Bonaventuro had suggested: the sound was still born in the human voice apparatus, but, due to the peculiarities of origin and spread, it seemed to come out of the mouth.

This was pointed out by the German physiologist J. Müller, who wrote in his book “The Guide to Physiology” in 1845: “The sounds produced in the process of ventriloquence seem to come from afar and resemble those that are standing at a distance, a man at a distance.”

The scientist also tries to explain this phenomenon: “The effects of ventriloquism largely depend on deception and other feelings. It is very difficult to distinguish between the direction of sounds and the distance to them, and if our attention is directed to an object, imagination, regardless of will, makes us hear sounds perceived outside of the connection with their source, near this object. ”

And here is how the contemporary Russian artist-ventriloquist M.G. Donskaya describes the external side of the matter:

“One of the requirements for a professional ventrologist is his ability to make sound so-called flight. The ventriloquist should create the impression of the audience that the voice for the doll partner comes from the doll. For example, it’s easy for me to send a sound to any corner of the apartment and force “to speak” the cupboard, ficus, samovar lying in the hallway of the dog. ”

Maria Grigorievna emphasizes the importance of the ability to give voice “stereo”. Each doll should choose a suitable voice: “Andryusha’s thin, gentle. When the grandmother comes forward with the Drunkard, spectators are surprised, whence such a drunk bass is taken, at mum Gnom it is old-fashionedly shams, something there mutters “.

And one more interesting remark: “The number lasts usually about five minutes. More difficult to sustain. We are talking in a whisper after a half-day concert. ” And further: “A lot of letters can not be spoken with a closed mouth, you have to pick up words all the time.”

According to MG Donskaya, ventriloquism can not be trained, this ability can only be developed if a person by nature is given a special throat. The gift of ventriloquism is extremely rare – in the 90s, only 50 people were members of the World Association of Ventrologists.