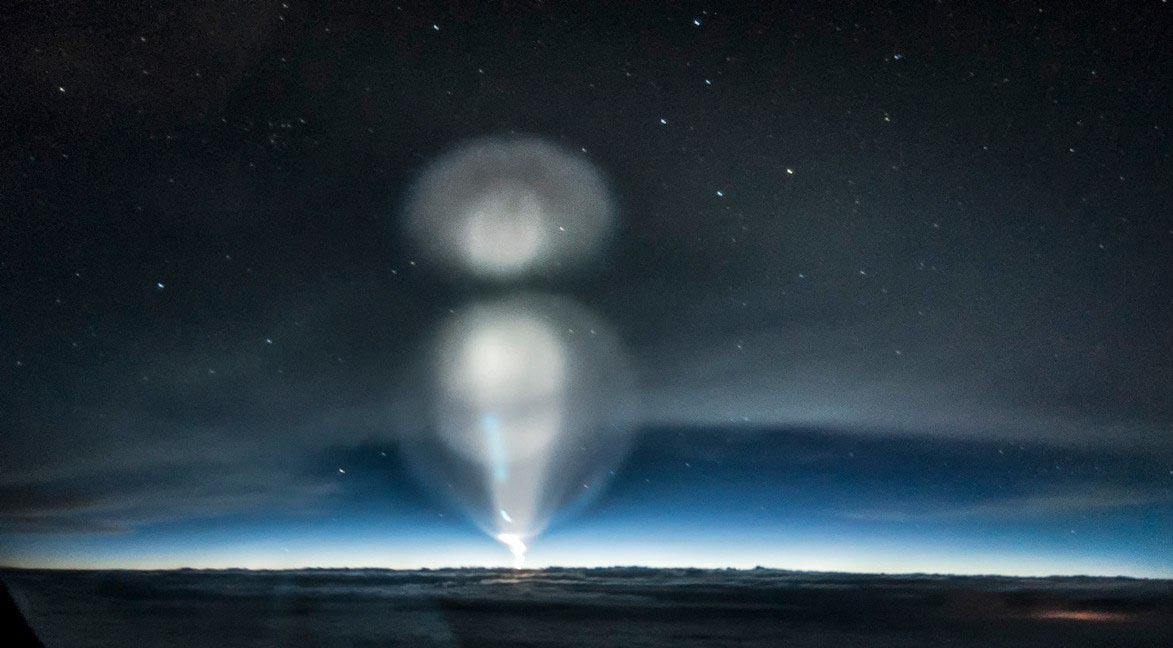 On July 23, 2017, the pilots of cargo airline Cargolux performed their next flight, when something appeared on the horizon … Here’s how one of the pilots of the airliner Christian van Heist describes his impressions:

“In the evening of July 23, we were heading from Hong Kong to Baku, and flying over the Himalayas witnessed an event that can be seen only once in their lives. What began with an unexpected bright spot on the horizon quickly turned into a drop-like bubble, rapidly growing in size and rising ever higher.

After only a few minutes, the exhaust gases of the rocket began to form a bright curved trail, which had different in brightness, color and shape of the spot. Probably because of the different angle of sunlight. 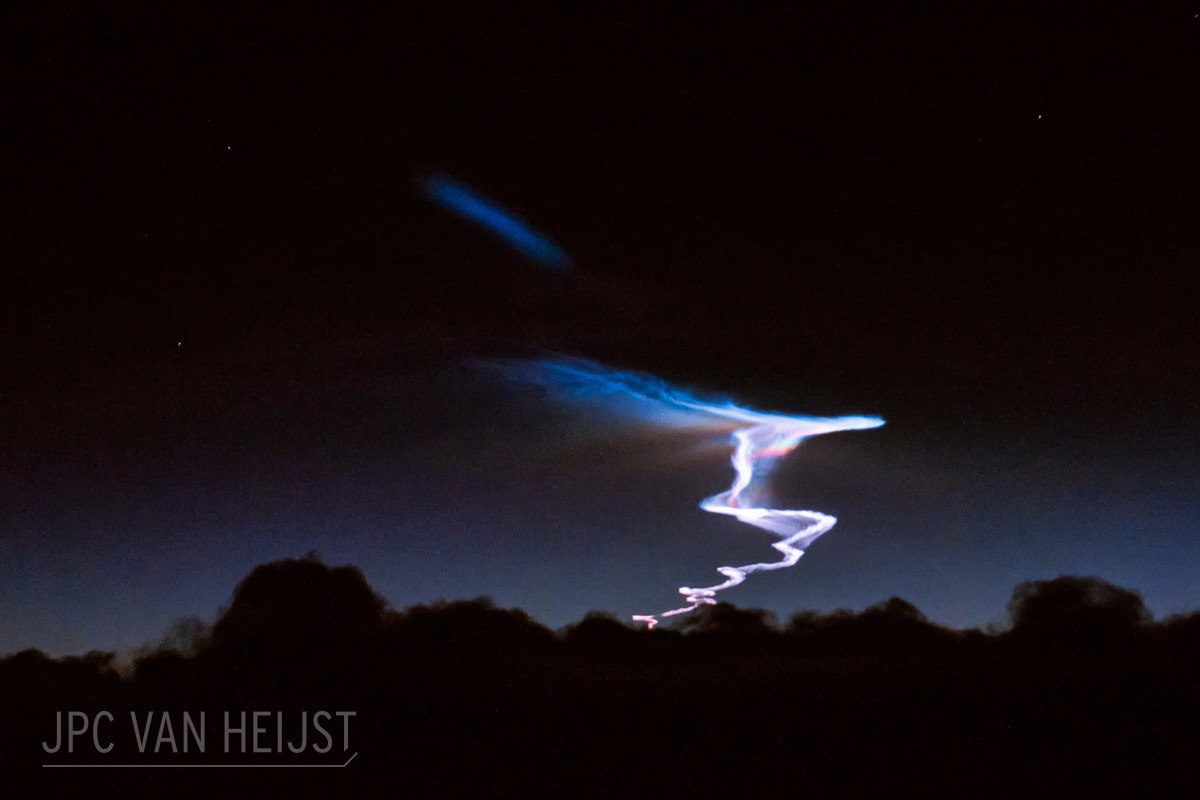 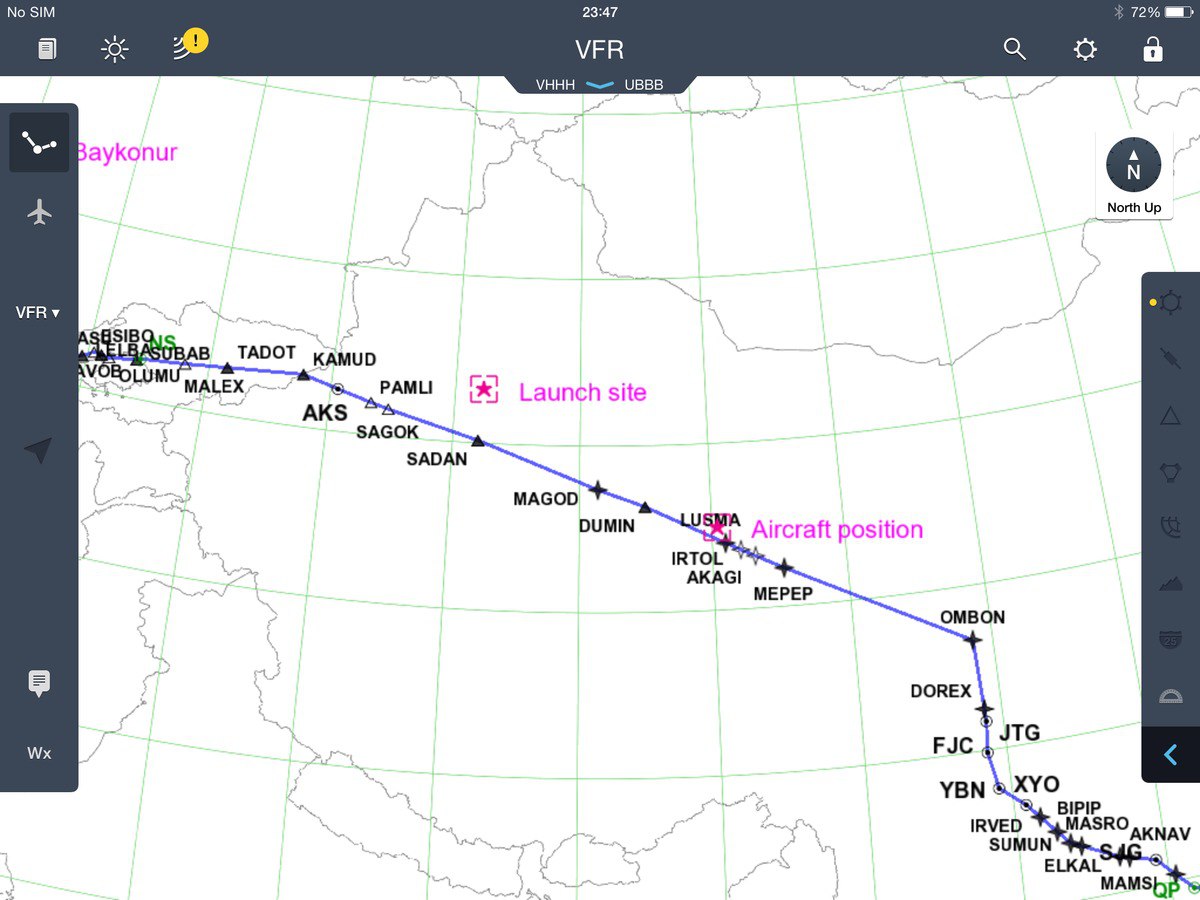 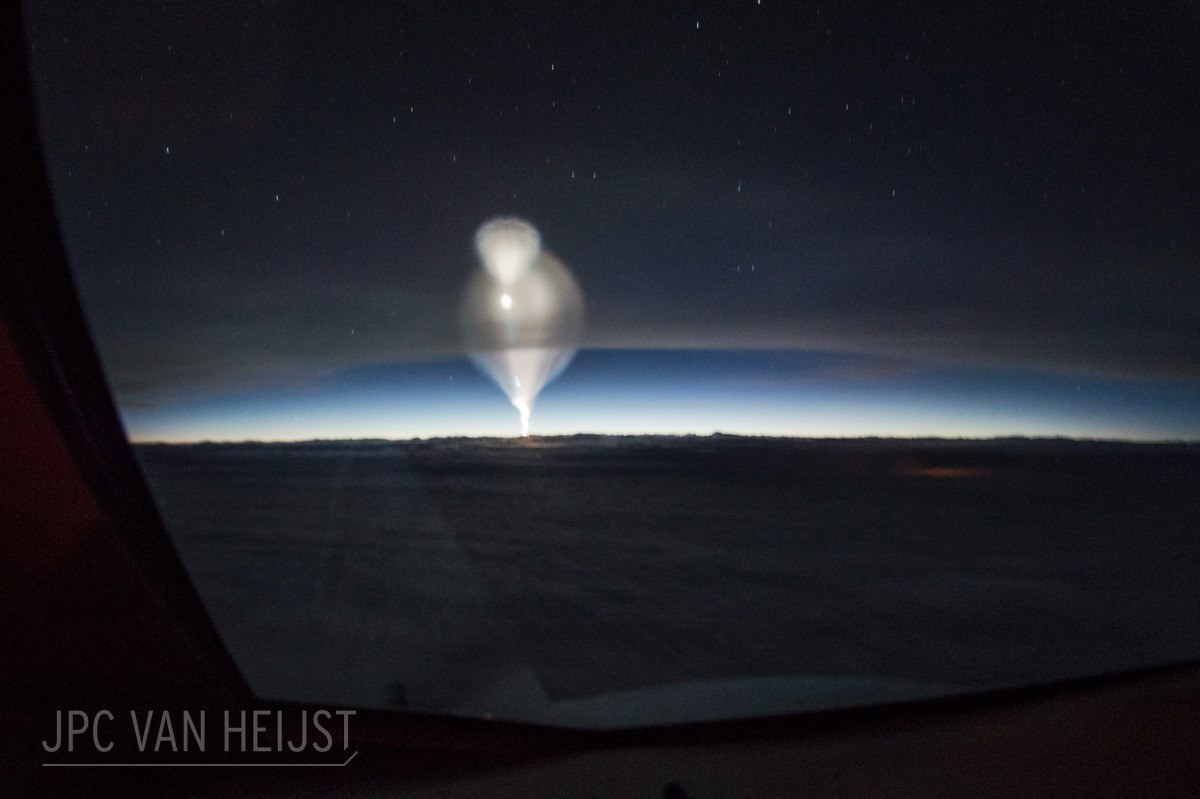 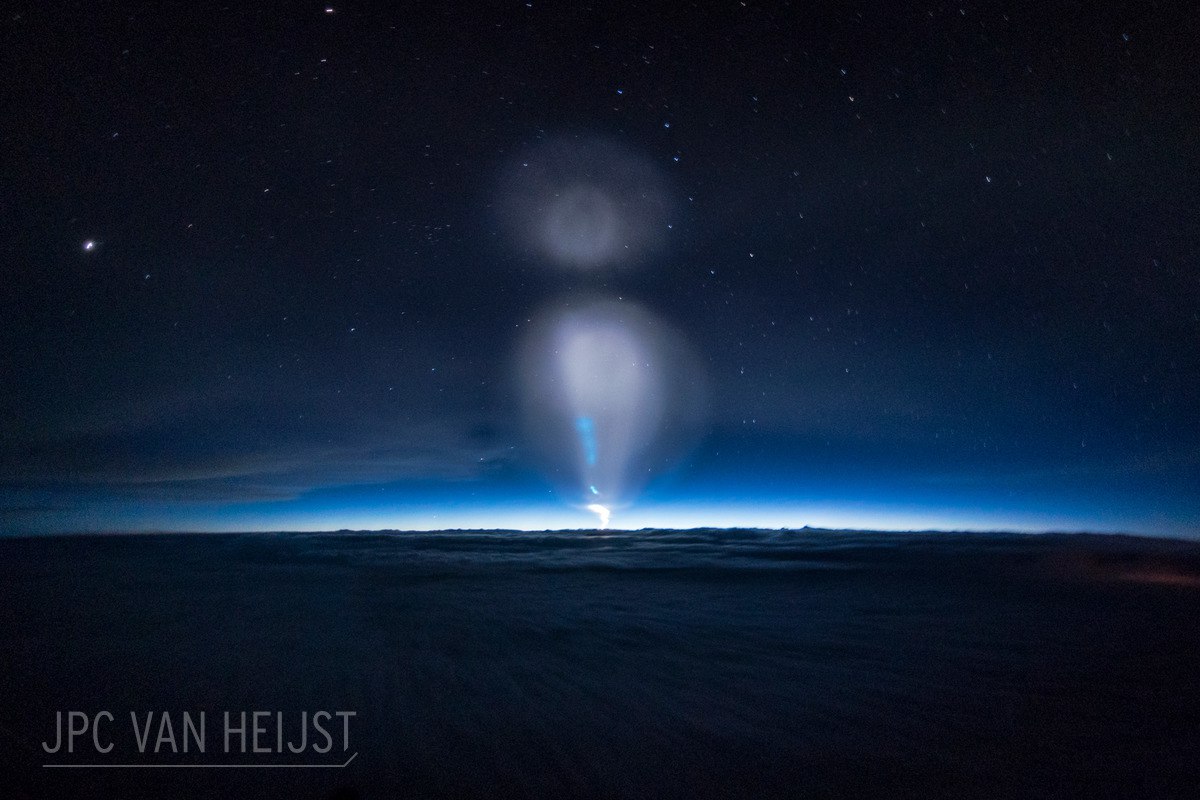 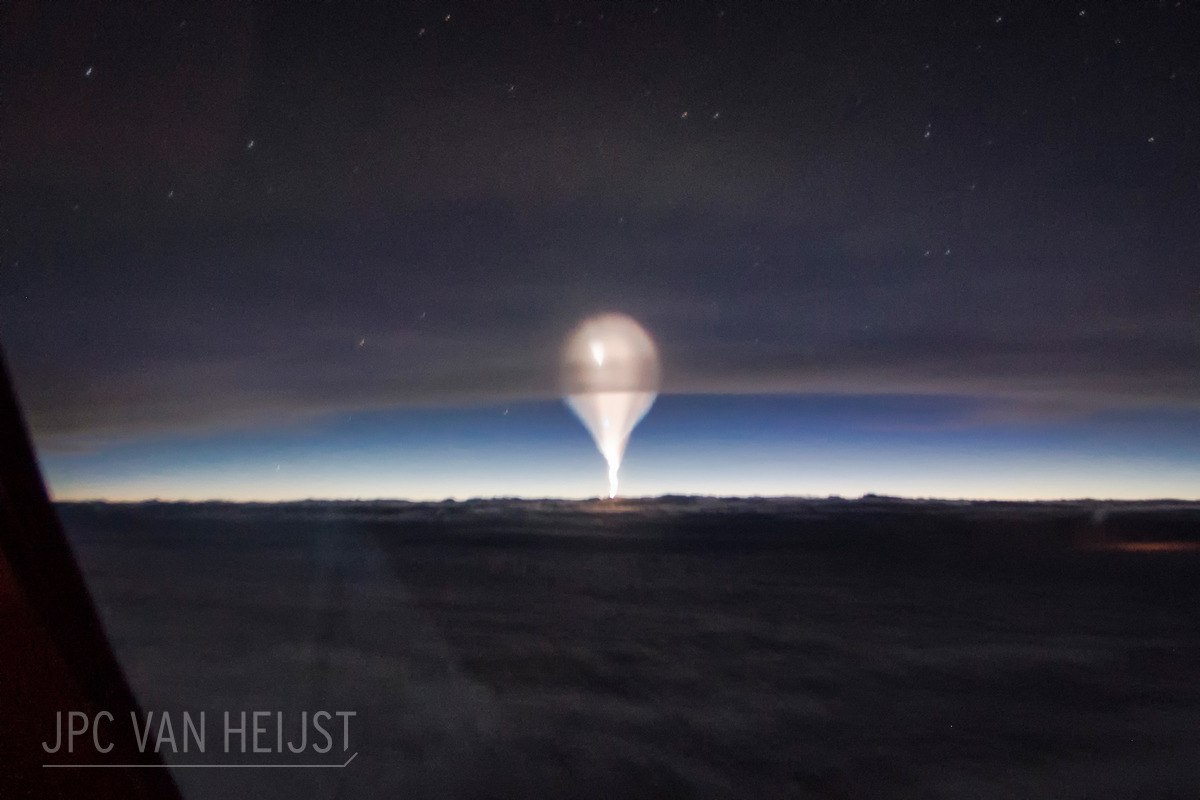 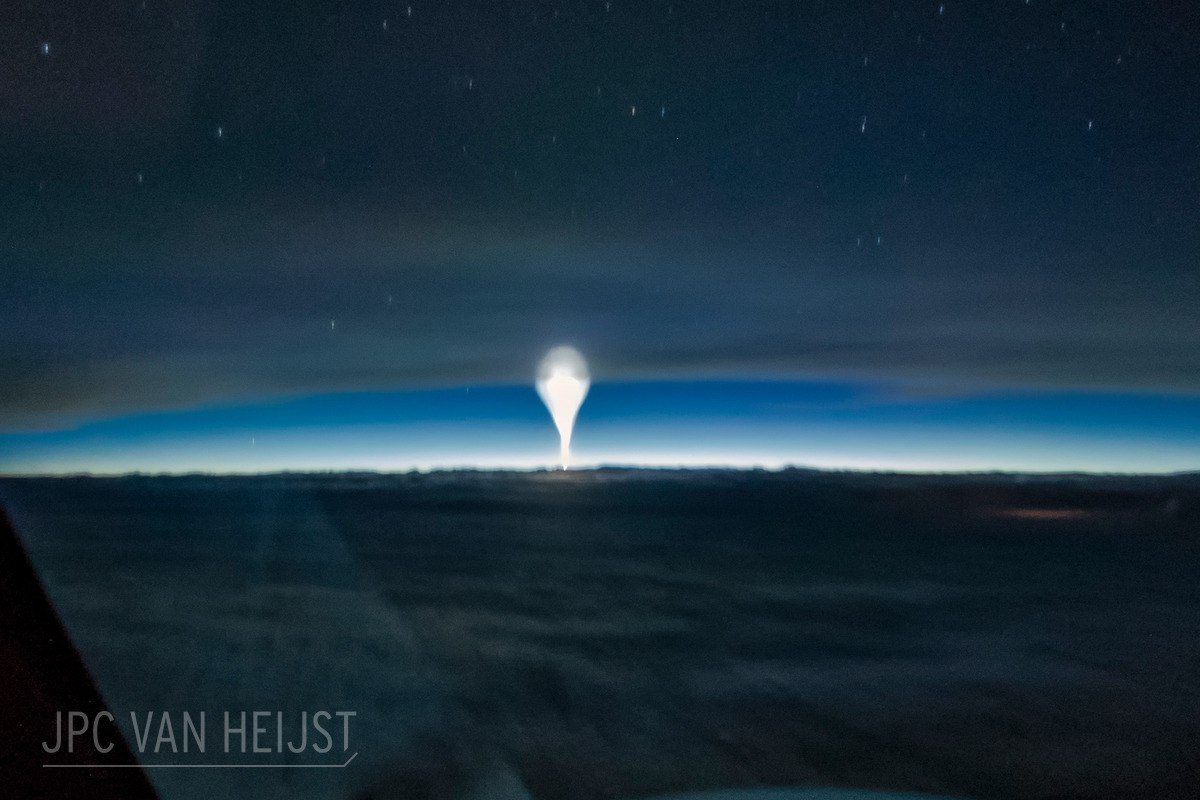 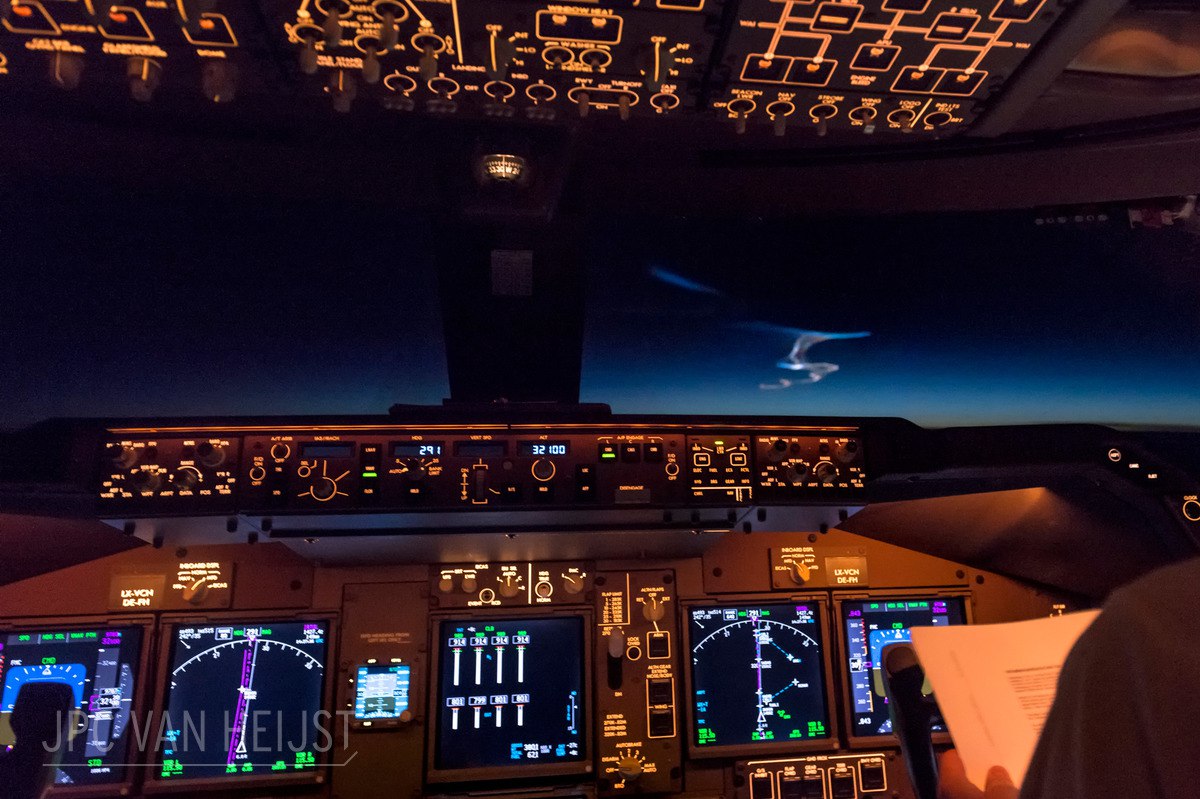 This visual spectacle was a real surprise for us, and the only thing we found in NOTAM (operational information about changes in the rules of conducting and providing flights and aeronautical information) for our route was a “temporary limited airspace” with a radius of 100 km to South of Urumqi in northwest China, without any mention of the nature of this closure, let alone the possible launch of ballistic missiles.

All this action lasted no more than 12 minutes, from the first appearance of bright light above the horizon to the last scattered spots in the sky. “