The rare white moose got into the camera lens 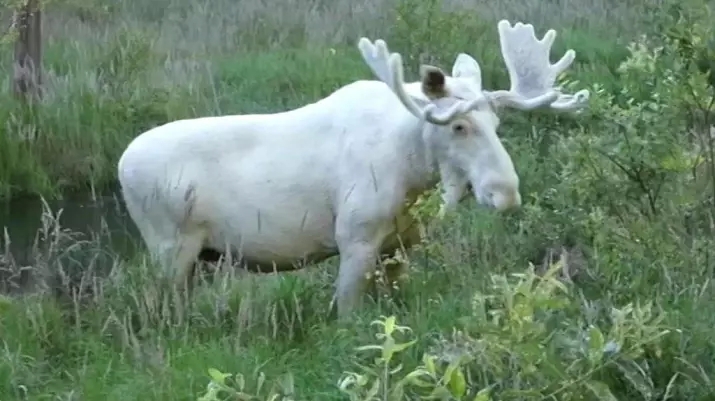 He was seen in the Swedish province of Värmland. A rare animal was filmed by a local resident Hans Nilsson. He was lucky: within 20 minutes he stood 5 meters from the amazing moose. He, it seems, was not scared.

White moose are a rarity. They live only in the forests of Värmland, on the border between Sweden and Norway; They are not more than 100 individuals. Although white moose are like albinos, they are not. Scientists believe that their white coat is associated with a rare genetic mutation.