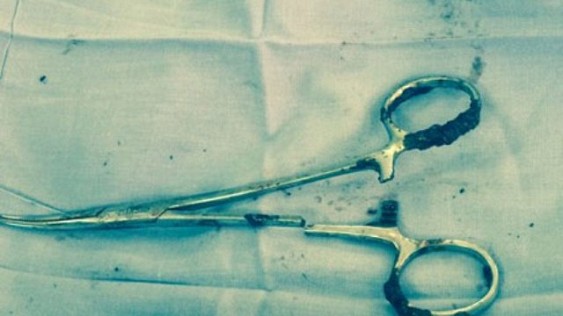 The Vietnamese surgeons removed the surgical scissors forgotten during operation 18 years ago from the patient’s stomach. Reports the local edition about this case.

The 54-year-old resident of Vietnam had a car accident and was hospitalized. Doctors made to the man of roentgens and found the medical tool in the left-hand part of a stomach.

The patient told the amazed doctors that in June, 1998 he also appeared on an operating table after road accident. All this time the foreign subject long had not an effect, and only recently gripes in a stomach began to disturb the man.

Operation on extraction of scissors from a stomach of the patient lasted three hours. It turned out that rusty handles began to stick to internals, as became the reason of pains.

Who exactly left scissors in a stomach at the patient – it is unknown. Case histories and records about operations are stored in Vietnam 15 years.