The sea lion fight with a giant octopus 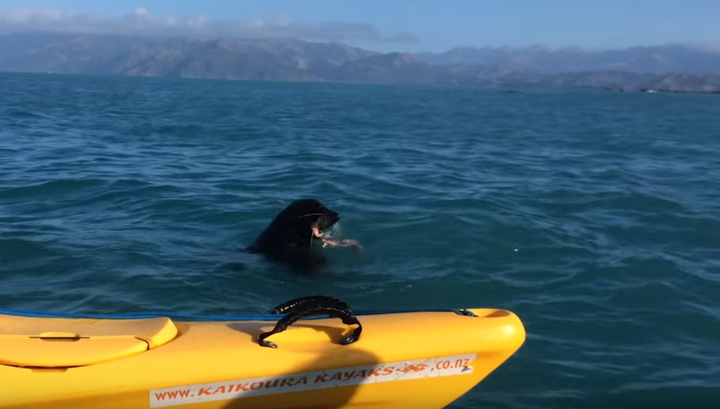 Tourist Connor Stapley sailed with a group of kayak friends along the coast of the New Zealand city of Kaikur. Suddenly, the man witnessed a sea lion fight with a huge octopus. The duel of two marine inhabitants lasted almost 20 minutes. The octopus had a hard time, reports Sun.

According to Stapley, he has never seen such large octopuses. However, the man noted that sea lions love to eat such creatures and can absorb up to seven kilograms of octopus tentacles a day.

“The octopus had no chance, seriously, he is not a rival to the sea lion,” the operator said.

“Seagulls were hovering over the place of the fight – it’s always a sign that something is happening.” We were lucky that the animals did not hit the boat, “Stapley added.

Sea lions can hold their breath for 11 minutes to dive to the bottom for prey. Octopuses are defended against attacks with the help of ink and tentacles. Sometimes they manage to cover them with the mouth of a predator and thus avoid bites.