The seal jumped into the boat to escape the killer whales 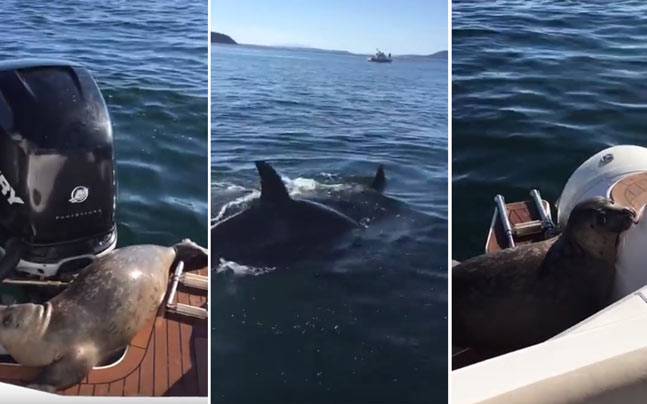 These pictures were taken on the boat, where kirk FRAS with parents and friends of the family went in search of whales and orcas. They were lucky to come across a group of 12 killer whales, but the biggest surprise for them was a seal, sprygnuli in a boat trying to escape from the teeth of predators.

Later the seal returned to the water, but realizing that those around him still circling orcas he got back. At some point the poor man even tried to escape from predators by hiding between the motors of the boat. After sitting on the boat for about 35-40 minutes, and waiting, when the group of orcas will swim off savvy the seal jumped in the water, thanking a last look at the people who have sheltered animal in a dangerous period of his life.