The shark attacked a nudist off the coast of Florida 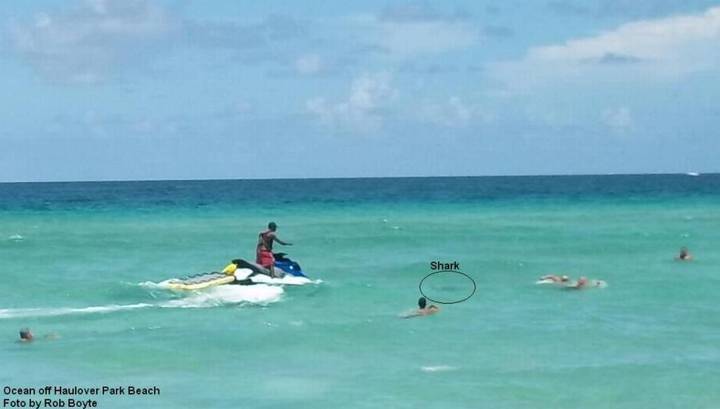 Not far from the American city of Miami Beach (Florida), a shark attacked a nudist swimming in the Atlantic.

According to Miami Herald, a predator approaching people about a meter and a half in length was noticed by the rescuer, who was on duty on the beach. He used a whistle to warn tourists about the danger, and he followed the shark on the hydrocycle.

However, a 44-year-old man, who was swimming naked at this time in the sea, did not manage to swim to shore: the shark caught up with him and grabbed his leg. Soon rescuers pulled the victim out of the water and provided him with first aid. Then the American was taken to hospital with severe leg injuries. He had an operation, and now the life of a man does not threaten anything, writes Lenta.Ru.

Eyewitnesses say that a nudist was bitten by a tuppy shark. This species is very aggressive and poses a serious danger to people. Experts at the same time note that probably the shark was provoked by a whistle rescuer.