The singing road in the Netherlands has driven the locals crazy 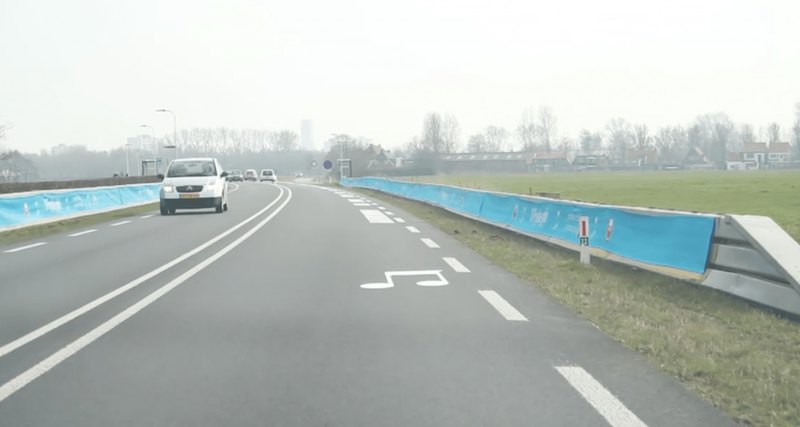 The authorities of the province of Friesland in the Netherlands were forced to dismantle the music cover of the highway, installed in the local village of Yelsum. The reason for this was mass protests of local residents, which the melody of the singing road, they said, was driving mad.

Officials of the Dutch province of Friesland decided to rather original note the appointment of the city of Leeuwarden European capital of culture in 2018. They came up with a musical road in the local village of Yelsum, which is performed by the national Friesian anthem with the help of special marks in the asphalt. And if the car passes a singing site at a speed of over 60 km / h, the sound is distorted.

According to local authorities, this should motivate drivers to comply with the high-speed regime, because to listen to the anthem, they will have to slow down. Singing the road cost 80 thousand euros, but officials did not think about the local residents. The fact is that when driving through the area at once several cars, the anthem of Friesland turned into a cacophony, which the Dutch called psychological torture.

This noise local residents were forced to listen around the clock. It’s funny that in the neighborhood of Yelsum village there is the airbase of the Royal Air Force of the Netherlands, but the fighters fly only until 5:00 pm, and the cacophony from the road does not stop even at night. According to the unfortunate Dutch, the constant noise prevented them from sleeping and literally drove them crazy. As a result, the authorities dismantled the singing road, which did not stay for four days.