The skydiver jumped into the circular rainbow 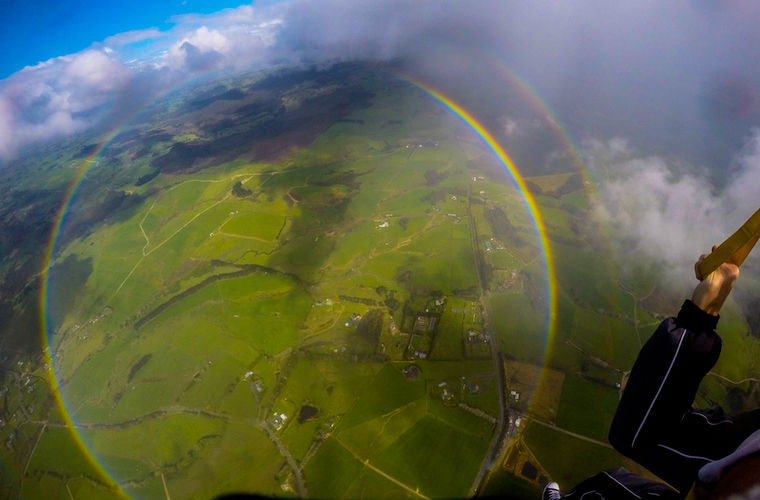 British tourist who decides to try skydiving, experienced a double dose of positive emotions to soar in free flight in the sky over New Zealand, he was lucky over a circular rainbow.

“We came out of the clouds, and I saw a fragment of the rainbow. At this time, the guy behind me opened the parachute and we jerked back into the cloud. Within seconds I was desperately trying to find a rainbow. Then we finally stabilized and I was able to remove it!” – said Anthony Killeen.

In fact, the rainbow forms a ring, but the surface of the Earth this phenomenon is difficult to see entirely. The circumcenter always lies on the straight line joining the Sun and the gaze of the observer to the horizon rainbow looks like a rocker. However, if you climb higher into the mountains, or on a skyscraper, or jump with a parachute, the chances to catch “endless” rainbow rising.

“It’s amazing! Nothing else I can’t call what I saw”, — concluded the Killeen.