The slope of a coat was a deep-water predator 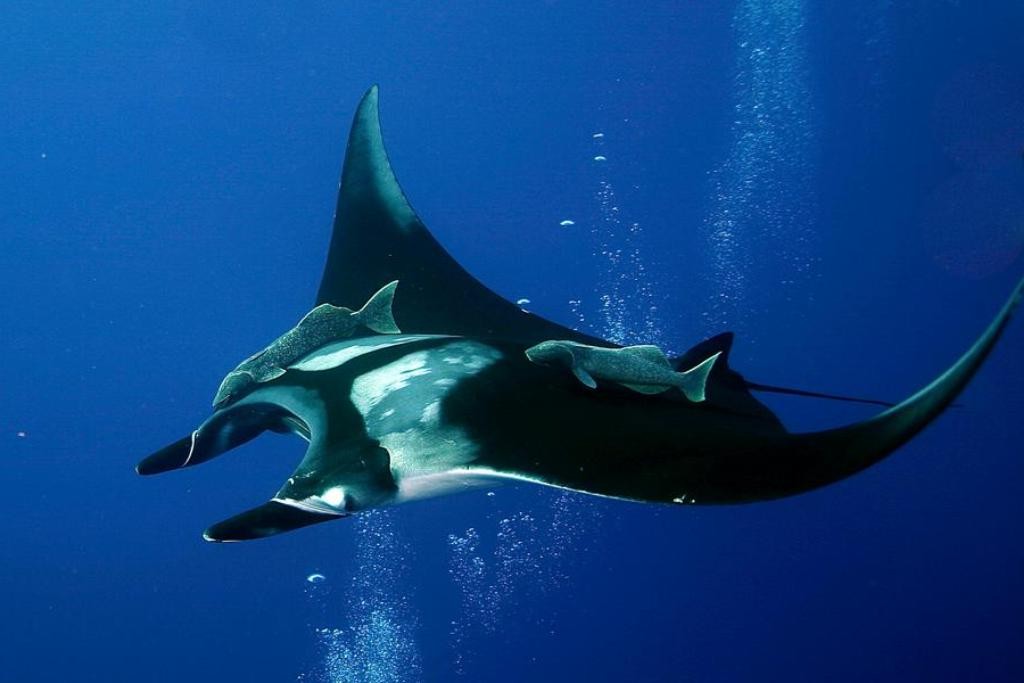 The coat slope, the known just as huge sea devil, long time was considered as a filtration organism, that is eats plankton, filtering it from water. But it has turned out that manti  — the real predators, and hunt deeply that does these rare animals by even more vulnerable.

Manti live in Quiet, Atlantic and Indian oceans, without swimming away further the 30th parallel to the North and to the South. Length of a body of sea devils together with a long tail sometimes reaches two meters, and scope of fins — seven meters.

Earlier was considered that manti look for food close to a water surface. However the new research of scientists from the Queensland university in Australia has proved that sea devils find the most part of food deeply. Besides it has turned out that manti — not peace filtration organisms, but the real predators: at a depth more than 200 meters they catch and eat small fishes.

To learn about it, scientists have analysed the materials of a biopsy of muscular tissue collected by divers at coast of Ecuador. The isotope analysis has shown that 73% of food of slopes arrive from depth from 200 to 1000 meters.

New data have forced environmentalists to worry about survival a mant which already are in the list of vulnerable types International the union of conservation. They slowly mature, in layings there are no more than one egg, and any increase in production can become the beginning of the end for this look. Increase in volumes of deep-water trade of seafood can exhaust the main source of food of these animals and lead to the fact that more and more mant will be caught in a fishing net.

Manti — not food fishes, but are snared as a prilov; thus population of a look is reduced in spite of the fact that manti aren’t necessary to the person. A number of the countries, in particular, the Maldives and Ecuador, and also the State of Hawaii, have imposed a ban on catching and sale a mant.