The snake-cannibal swallowed a relative 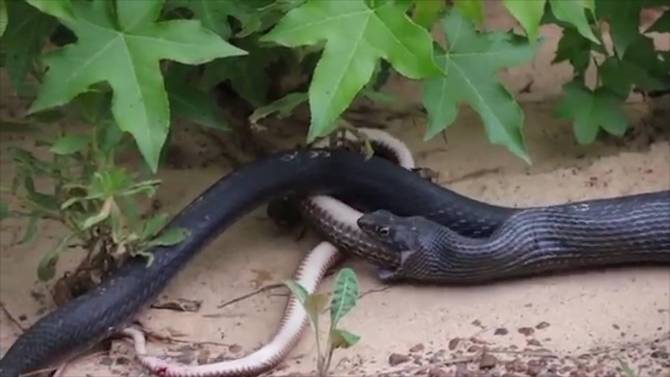 A resident of Texas, Christopher Reynolds, witnessed a horrific moment: the snake “cannibal” swallowed its entire congenital – a worm-like snake.

At first the American wanted to make only a couple of pictures, but then he decided to make a video. And not in vain: frightened of the man with the camera, the snake tried to crawl into the bushes, but heavy prey did not let her do it. Then the reptile “spit out” the newly swallowed congeners ago. The victim was left unharmed.