The society has embraced a catastrophic “epidemic of lack of sleep” 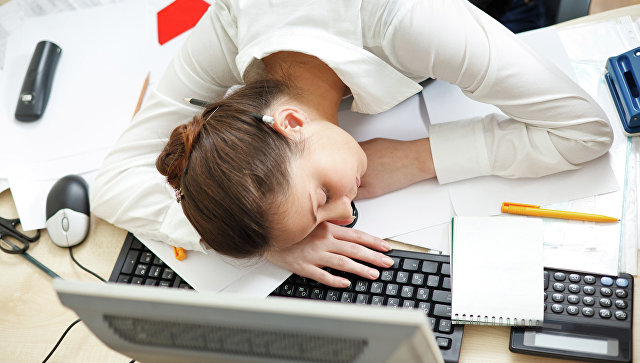 The society is mired in a “catastrophic epidemic of lack of sleep,” which can lead to consequences more serious than we can imagine. This in an interview with The Guardian told the American scientist, director of the Center for the study of sleep in people at the University of California at Berkeley, Matthew Walker.

“None of the aspects of our biology remain untouched in the event of a lack of sleep,” he says. According to the scientist, the lack (that is less than seven hours – ed.) Of sleep can lead to numerous problems, including memory impairment, diabetes, obesity, cancer and Alzheimer’s disease.

Walker explains why in the last 75 years people have become less sleep. First, the fact is that we “electrified” the night. “It is light that is an important factor that takes away our sleep,” he explained.

Secondly, the problem of time that people spend on work and on the road to it. “No one wants to sacrifice in the meantime, which remains for the family and entertainment, so instead they sacrifice sleep,” says Walker.

In addition, in the modern world, many people associate a dream with weakness and laziness. “We want to seem busy, and one way to show this is to report how little we sleep, it’s a sign of honor,” the scientist said.

According to him, people are the only species deliberately depriving themselves of sleep without any obvious reason.

In his opinion, large organizations and legislators should seriously tackle the problem of lack of sleep.

“The situation has to change: at work and in society, at home, in families.” Did you ever get a National Health Service poster on which people would be called to sleep? And when was the last time the doctor prescribed a sleeping pill instead of a sleeping pill? be in priority, it needs to be stimulated, “he says.

He himself admits that he sleeps for eight hours every night, and this rule is not subject to revision. “If I give people some advice, then this: go to bed and get up every day at the same time, no matter what,” he says, noting that he is very serious about sleep, because he saw, to what its shortage leads.