The sun has dried the chameleon alive 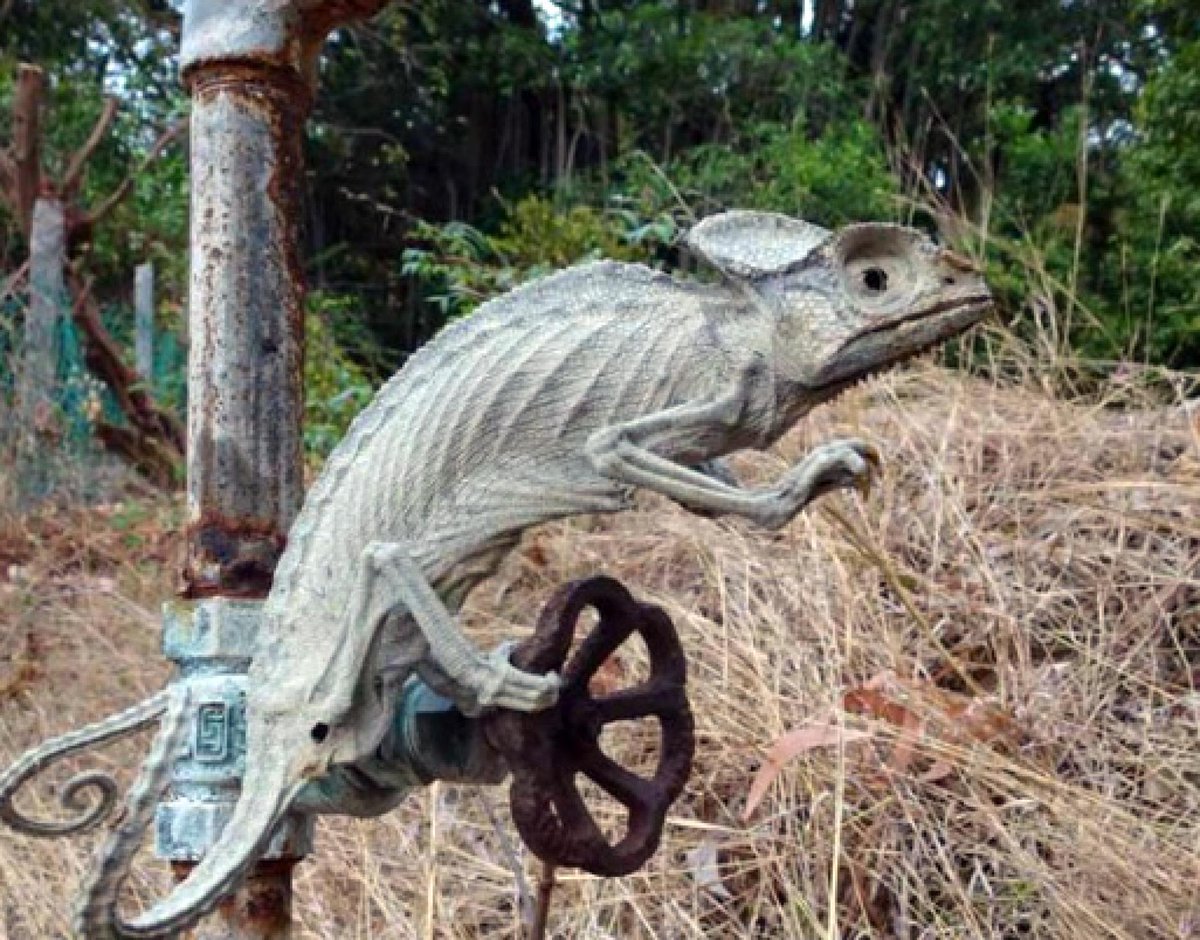 The writer and creator of films about the wild nature of Janaki Lenin has recently witnessed a terrible picture in India. The unfortunate chameleon literally died alive under the scorching tropical sun while he tried to drink water from the tap, which was turned off.

According to Lenin, the reptile died, grabbing the tap, and then quickly mummified with intense sunlight. Judging by the two tiny holes in her remains, the ants helped finish the canning process.

“All animals can cope with changes in temperature to a certain extent,” explains Jeanine Refsnager, a herpetologist at the University of Toledo in Ohio. “If the temperature goes beyond, the cells and proteins in the body actually begin to break down.”

Even reptiles adapted to hot environments become victims of heat stress, scientists say. This is bad news for all living beings, including humans, because our world is warming up. According to the study, 30% of the world’s population is currently potentially fatal due to heat for 20 days a year, and climate change leads to an increase in heat waves.

Although there is no way to know what role climatic changes have played in the death of this particular animal, Redsnider says that reptiles are most at risk due to global warming.

Since reptiles are ectothermic, or cold-blooded animals, their body temperature is close to the ambient temperature. The main way of thermoregulation for them is orientation in the terrain: to avoid overheating, they hide in the shade or are buried in the sand. But if they do not have time to find shelter or it does not save them, they quickly die.

“Many of the reptiles living in the desert or the tropics are already in the maximum allowable heat for them, so even a slight increase in temperature can lead to quite a strong heat stress,” the scientist explains.

In addition, evidence has been found of reducing the number of reptiles around the world due to processes associated with climate change. For example, studies show that Galapagos turtles and iguanas and American gazelle lizards are at risk due to shrinking populations.

And this is not just the heat with which snakes, turtles and lizards must fight, scientists say. For many species of reptiles, the temperature in which the eggs are found determines the sex of the calf. This means that global warming can lead to populations of reptiles with predominance of males or females. For example, on the Northern Bratsk island of New Zealand, the temperature increase has already led to a numerical preponderance of males in the local Tuatha populations.

Painted turtles, according to Redsnayder, showed some ability to adapt to heat, for example, choosing more shaded nest sites in hot years. But even this strategy has limitations: at some point, if the temperature in the environment becomes too high, even the shadow will not save.