The Sun published a guide to survival in the Third World 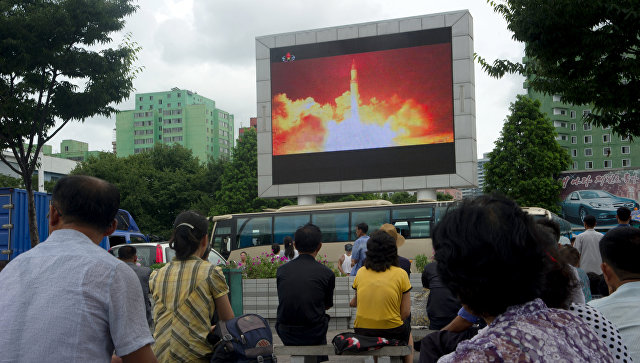 The British tabloid The Sun, against the backdrop of threats from the United States and North Korea against each other, called for preparations for the Third World War and published an “official survival guide” for a nuclear explosion.

What to do before a nuclear explosion?

Assemble a set of supplies that includes non-perishable food, a flashlight (preferably a few) on batteries or with a manual winding, a stock of batteries. It makes sense to collect two sets – one, large, for the workplace, another, portable, for the machine in case of emergency evacuation

Think over the plan of your family’s behavior in an emergency. At the time of impact family members may be in different places, so you need to decide in advance how you will contact each other and get together

Find out if public buildings in your area are equipped with anti-radiation shelters. If there is no information on such places, you should compile your list of potential shelters: these may be basements, or central rooms without windows of middle floors of tall buildings

What to do during a nuclear explosion?

Listen to official information online, on the radio or on television, follow the instructions of emergency workers

If the authorities warned of an imminent attack, it is necessary to immediately find a shelter, best of all underground, and stay there until new instructions are received

To protect yourself from radioactive particles, you should take refuge in the nearest building, best of all from brick or concrete

If within a few minutes you can find a good shelter – for example, a multi-storey building or a cellar, immediately run there

It is best to be either as deep as possible underground, or in the center of a tall building. It is necessary to ensure that between you and radioactive particles there is as much as possible concrete, bricks and soil

Be ready to stay in shelter for at least a day, until the authorities let you know that you can leave it

What if you were on the street during a nuclear explosion?

Take cover behind anything that at least somehow can protect you

Blossom on the ground and cover your head. If the explosion occurred at a distance, a blast wave can reach you in 30 seconds

Find a shelter as soon as possible, even if you are many kilometers from the epicenter of a nuclear explosion. The wind can carry radioactive fallout for hundreds of kilometers

If, during or after the explosion, you were on the street, try to clean the body as soon as possible of the radioactive material

Remove clothing to prevent radioactive particles from spreading. With the removal of outer clothing, you can get rid of 90% of the radioactive material

If possible, place the contaminated clothing in a plastic container and seal or tie it

Take a shower and soap. Do not rub or brush your skin

Wash your head with shampoo or soap. Do not use a hair conditioner

What to do after a nuclear explosion?

You may need to stay in shelter for about a month: the amount of radioactive fallout directly depends on the size of the bomb and on how close to the ground it exploded.

Nevertheless, residents of most of the affected areas will be able to exit shelters in a few days and, if necessary, evacuate to other areas.

It is necessary to continue listening to the radio or watching TV, to find out where to go, and which places should be avoided.

It should not be forgotten that radiation can not be seen, sniffed or recognized by other senses.