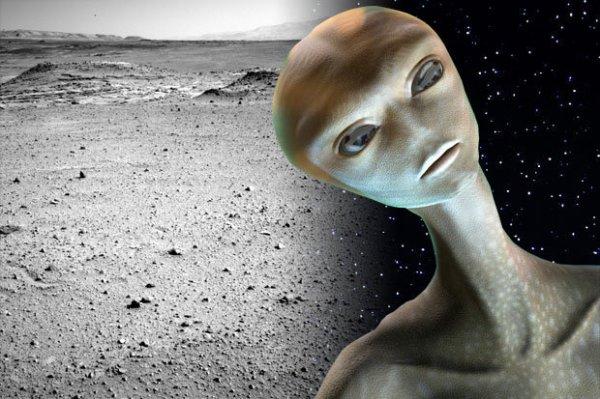 Now, many researchers talk about underground alien bases, where they can with impunity conduct their terrible experiments on the biological species of the planet. Until now, such statements have been considered an invention of ufologists, but the real evidence of their activities is in the archives of secret documents.

In the 60s, the American press wrote about a mysterious incident with Dan Henrikson, who went to the mountains with his comrades. The young man lagged behind the group and noticed strange creatures taking him with them to the spacecraft, after which he lost consciousness. The witness of the event woke up in a dark room, where there were aliens with big eyes on their heads and four fingers on their limbs. From such a shock the tourist again found himself without feelings and already came to himself near the entrance to the cave. She, together with other analogues, formed a real underground labyrinth, but police officers were able to find the missing person, whose body was covered with incomprehensible cuts. He immediately reported that he spent 3 days on an extraterrestrial base, after which many Ufologists suspected that aliens were hiding from people here.

A similar case occurred near Bishop, when spouses, keen on caving, found in the cave a strange hall with graffiti, illuminated by light penetrating through the holes. They decided to look in there, after which terrible sounds resembling sirens filled the whole space. Before fainting, the couple noticed the opening door, then woke up without equipment near the entrance. British researcher Timothy Goode, after his expeditions to Puerto Rico, wrote a number of books devoted to aliens. He found out that the inhabitants often noticed them coming out of the earth’s interior, as well as rapidly disappearing during meetings with earthlings. Carlos Mercado even visited their underground plant, where he noticed strange vehicles. Humanoids said that they are parts for their service, and they themselves study life on the planet. 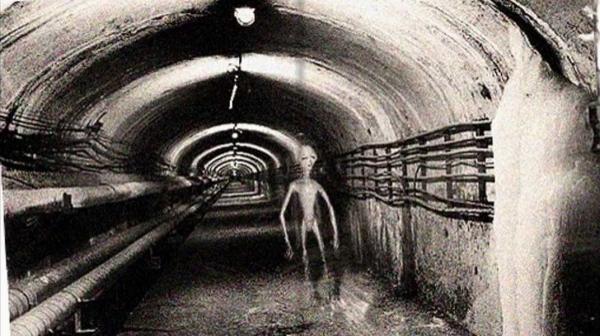 Tibetans also face UFOs flying to the surface near Ladakh, where the mountain pass is controlled by India and the PRC. In this place there is also a space shelter for extraterrestrial guests, which confirms a number of interesting facts. In the 60s, after a long conflict, the countries decided to cancel their claims about the territory, which could be the result of a secret agreement between the authorities and the newcomers. Now in a closed zone except for the military lives a small population, and in 2012 this place suffered from a strong earthquake. Then many people talked about the increased activity of the apparatus near its base in front of such events. The air forces of the two countries sent planes here, which, in addition to turning off the engines, disrupted all the devices. Then Indian TV showed a report and viewers saw UFOs in the form of triangles, followed by a military transport of people, ready to destroy any obstacle in the way of aliens. The media accused officials of such an agreement and suggested that countries protect them in exchange for new technologies. 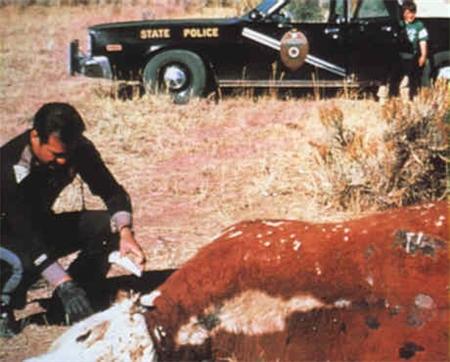 Now you can pay attention to the base Dulce, where in the underground laboratories the aliens conduct their experiments on humans and animals. Since the 1970s, in addition to the mass extinction of livestock, the abnormal potassium content in the body was noted in surviving individuals. When James Bishop published his materials concerning the site visit with the members of the group, he described the creatures resembling Scandinavians, and could also go to the place in the canyon where the UFOs flew. John Lear was able to visit the bowels of the earth and talk with the creatures who told their story. It turned out that the military seized their reactor, which operated on hydrogen, without which they could not leave the Earth. Then the humanoids seized 44 people and demanded to return the stolen device to them, but instead special services came here. As a result, all of them were killed or missing, and the base is at the full disposal of extraterrestrial guests. 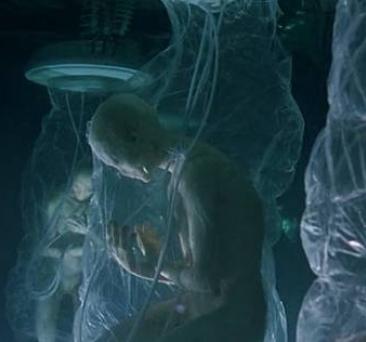 In the 80s the press published 30 materials from the database, handed over by Thomas Castello. A former employee indicated that she has 7 levels and 100 exits from the underground labyrinth, and employees are people who work together with humanoids. The purpose of their experiments was the creation of a hybrid of people with a cosmic race, as well as gaining control over the mind. The freezers are built below with the bodies of the victims and their organs, as well as embryos obtained after crossing. His colleague Frederick Atwater added that the extraterrestrial colony occupies a vast territory, connected by passages. The US authorities are well aware of such experiments, but prefer to remain silent because of new knowledge. 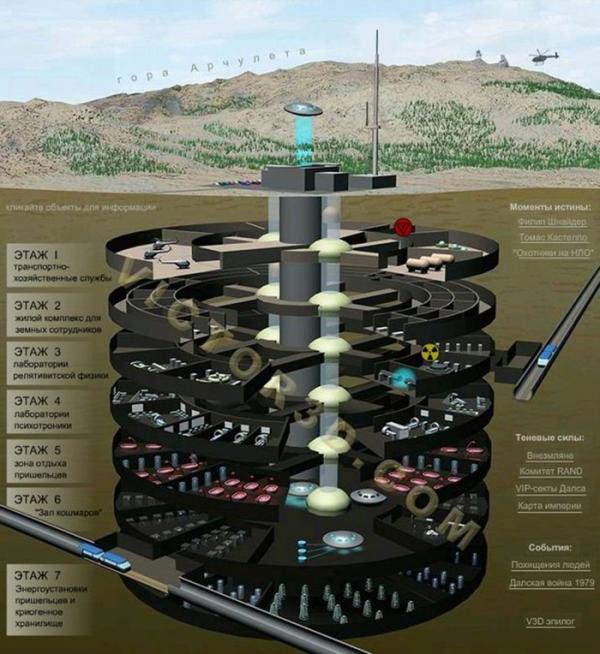 Engineer Phil Schneider was able to take part in the underground battle and tell people the truth during his speeches, but the special services after the torture strangled the witness of the events. Underground bases for newcomers were created by the military from the 1940s, after which the presidential team signed a cooperation agreement with them. Humanoids could use biological species for experiments, but they opened up to the military technologies capable of causing an artificial earthquake. They were tested in San Francisco and the Japanese city of Koba, causing much more destruction than the natural counterpart. Also this person claimed that in the 70s, from the secretions of extraterrestrial beings genetics created the AIDS virus, but what really happens in such places? It is already known about 130 objects located on the territory of the country, so that nothing can prevent humanoids in the future, to capture the planet.