The wild rhinoceros asked to scratch his belly 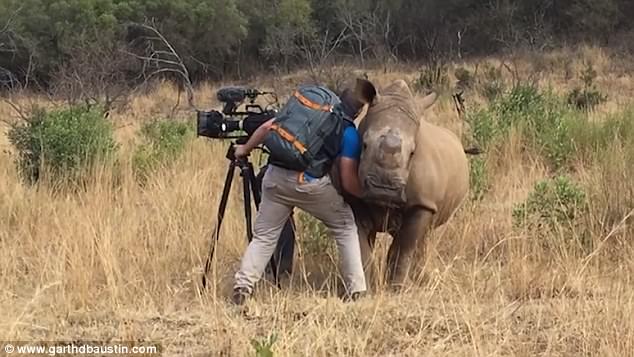 Operator Garth de Bruno Austin was shooting rhinoceroses in South Africa, when one of the females approached him and began to patch up. The man was not frightened and scratched the belly with a wild animal. Video is a hit on YouTube.

The operator noted that the animal was friendly and decided to approach him. Tourists who decide to stroke or scratch a rhinoceros risk their lives, he warned.

“I shot rhinos for several years for a documentary and for this time I earned their confidence,” Austin admitted.

The rhinoceroses in the wild are seriously endangered by poachers. In 1977, buying and selling rhino horns was banned all over the world. On the black market, the cost of one horn can be about 50 thousand euros.

As recent events have shown, animals are not protected in zoos. On the night of March 7, unknown criminals entered the territory of the Thoari Zoo near Paris, killed a five-year-old rhino named Vince and sawed off one of his horns. After that, the management of the zoo in the Czech Dvur-Kralove nad Labem decided to protect its rhinos and to remove their horns on their own.