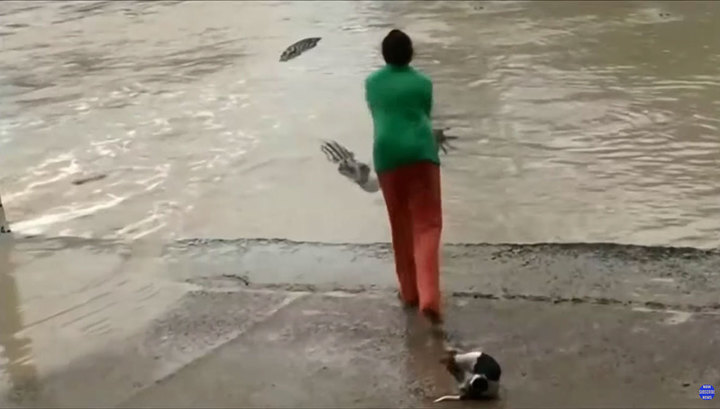 The incident occurred in Kakadu national Park at the river East alligator, which is known for its large population living in alligators.

A local resident, who shot the video, said the woman was lucky that the alligator didn’t attack her. He added that this river is not recommended to go with children and animals, as crocodiles immediately react to potential prey.