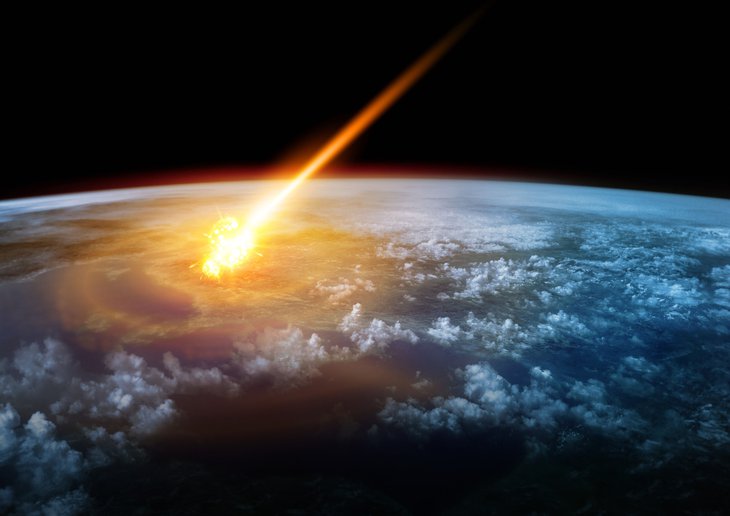 Ufologists believe that by the end of the year the Earth will have to face a lot of troubles, which can be the last for it. The list looks frightening – magnetic storms, the fall of asteroids and even the attack of aliens. How to survive all the misfortunes.

Despite the fact that scientists often talk about a global apocalypse, none of them actually happened. But this does not mean that you can sit back, because the trouble, as you know, comes suddenly and more often than not one.

The first thing that threatens our planet this year is an asteroid. The heavenly body is called TC4 and has been observed since 2012. According to scientists, its diameter is about 40 m, which is twice the size of the Chelyabinsk meteorite.

According to experts, the chance that it will collide with the Earth is minimal, but if this happens, the consequences can be catastrophic. For example, the Chelyabinsk meteorite exploded in the atmosphere in 2013 and with a diameter of 20 m damaged about 7 thousand buildings and injured 1,5 thousand people.

So while the asteroid will fly by next to the Earth, it’s best to be somewhere near the metro. All underground stations of the Moscow metro are designed so that people can hide in them even in the event of a nuclear war. More details about this can be found here. 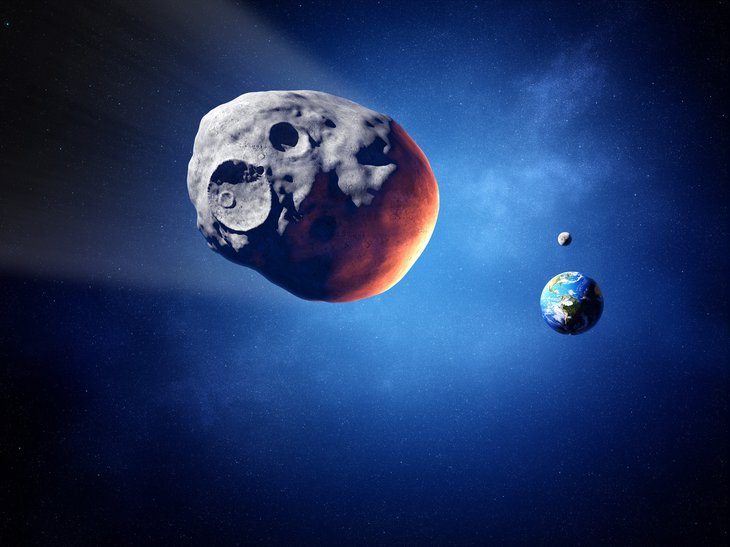 True, it’s impossible to hide in the underground forever, and one day people will have to go upstairs. If the only panorama they see will be a total devastation, then only nature can save people.

Survival experts note that the most important in this situation is to stock up with water, dressings and disinfectants. And if the dressing can be needed in certain situations, then water is always needed, and it is rather difficult to store it for future use.

Water will have to be mined by hand. Here the most valuable assistant will be a simple package. If you stuff grass into it, tie it and put it in the sun, after a while, the water will appear in the package.

Another way is to dig a pit deep and half a meter in diameter and cover it with cellophane. If you do this in a ravine, then gradually the pit will be filled with moisture.

Obtained water can not be drunk immediately – to begin with it must be cleaned. The easiest way is to boil. To do this, enough and a couple drops of iodine. But iodine can still come in handy, so it’s better not to transfer it to water purification and try to make a fire. 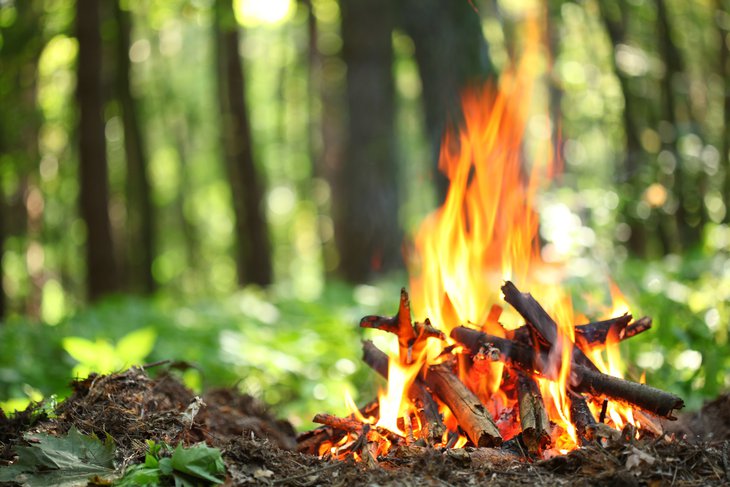 Of course, the easiest way to do this is with matches or lighters. If there is neither one nor the other, the primitive method will come to the rescue. The first thing you need is a tinder, which easily ignites – dry leaves, grass and tree bark. It must be laid out with a nest, above which there will be a plaque for carving a spark.

Once the whole construction is assembled, a wooden rod is taken, rests against a board and turns like a drill between the palms. As soon as the coals appear, they need to be shaken off in a tinder and start to inflate.

If you have glasses or a lens with you, it will be much easier to get fire. Again, collect the tinder, take the lens and with its help we focus the ray of the sun so that it occupies on the tinder a minimal area.

Another interesting way is that you have nothing but a battery and foil from the chewing plate. In such a situation, the foil should be straightened, and then cut off the two “wings” on its sides – so that the middle part of the foil was narrower than its ends. After that, the fingers clamp the ends of the foil on the battery contacts – after a couple of seconds the thin middle of the foil will ignite.

When the problem with fire and water is solved, you need to take care of the overnight stay and build a hut. Well, after that, you can engage in hunting, gathering and begin to revive mankind. 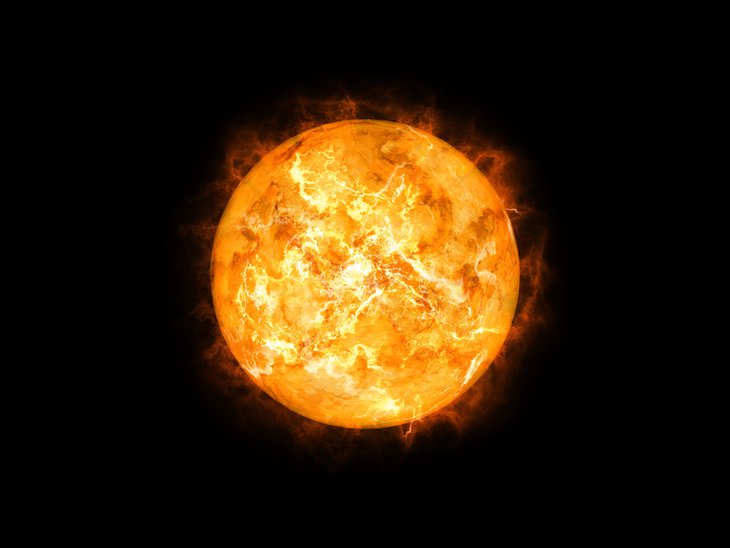 The storm darkness covers the sky …

Asteroids are not the only problem that humanity can face in the near future. In November, a strong magnetic storm is expected, which, according to experts, not everyone can survive.

In such periods, because of flashes on the Sun, the magnetic field of the Earth itself changes, which leads to a deterioration in the well-being of its inhabitants.

First of all, the blood becomes more viscous and flows more slowly through the vessels. The blood itself is worse saturated with oxygen, which leads to dizziness, joint pain and other health problems.

The greatest danger for such a phenomenon is for people with heart disease. In the days of magnetic storms, the number of hypertensive crises increases, and people prone to psychosis and subject to stress may behave inadequately.

In any case, the magnetic storm is a temporary phenomenon, so in order to survive it with great comfort, first of all it is necessary to take aspirin – it dilutes the blood and relieves pain. 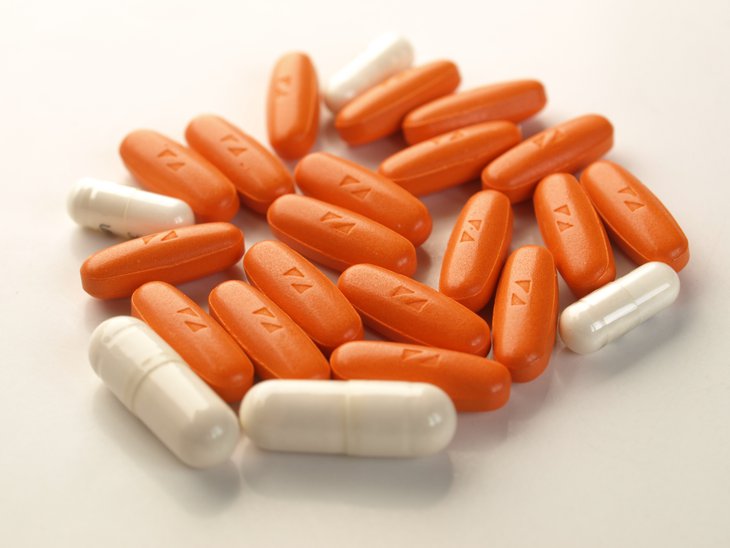 People with heart and circulatory system diseases should keep with themselves the necessary medications and consult with the doctor in advance, which ones are better to drink in larger quantities and which ones in smaller quantities.

Help can come and all the familiar hardening – a sauna, sauna or simple contrast shower.

Another catastrophic scenario, which, according to ufologists, can become a reality in December is the invasion of the alien race.

They also argue that future guests are in reality no guests, and the most that neither are occupiers. So we will have to fight.

If you believe the movies about aliens, then, most likely, they will land in the US. The latest figures indicate that the landing will take place in Houston, Texas. It was there that ufologists recorded the massive arrival of alien ships this year.

Aggressive aliens can be understood – to make the operation to capture the planet as successful as possible, the first thing is to attack the strongest. But it was the American army that was recently recognized as the strongest in the world.

On this “good” news ends – the Russian army in accordance with the study takes second place. So if the vaunted American planes and tanks can not cope with the alien invasion, the enraged aliens relocate to us.

What will the Russian army oppose to them? The fighters of the generation “4 ++” Su-30 SM and Su-35 S. will be able to fight effectively in the air. 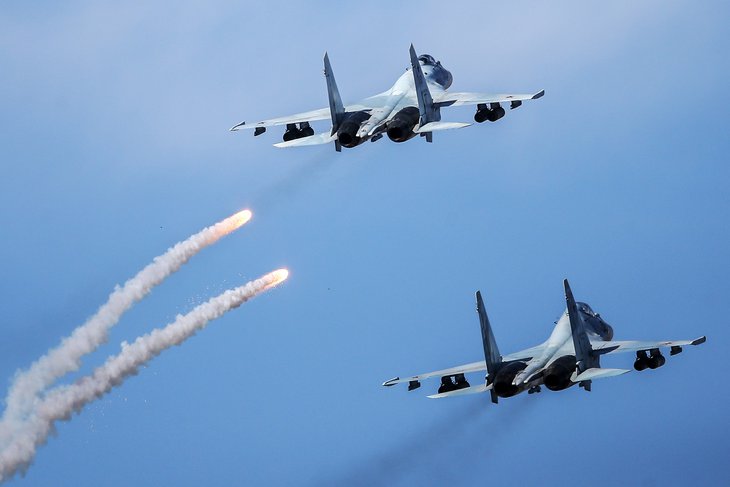 The first model is a super maneuverable heavy fighter, equipped with two engines with variable geometry. Due to this the Su-30 SM is able to perform unique aerobatics figures that are inaccessible to any other aircraft. Despite the fact that his ability to evade blasters in fact no one checked, the aliens will have to try to catch him for a second in the crosshairs of the sight.

The second model is the formidable Su-35 S fighter, equipped with suspensions for 12 missiles and an aircraft gun GSh-30-1. In addition to a powerful arsenal, the aircraft has a built-in radar “Irbis”, which allows you to simultaneously conduct 30 air targets and attack eight of them.

And to the side of the Su-35 C can be hanged pendant containers of electronic warfare (EW), capable of cutting down the electronics of enemy technical equipment.

On Earth, the aliens will have to face the T-90M tanks and live force armed with the most deadly weapon in the universe – Kalashnikov assault rifle. But the Earth will first need to be reached, and it will not be easy to do this, not only thanks to air technology, but also to the S-400 air defense systems capable of detecting and hitting air targets flying at speeds up to 4.8 km / s at a distance of 600 km.