Thousands of migrating sharks in Florida 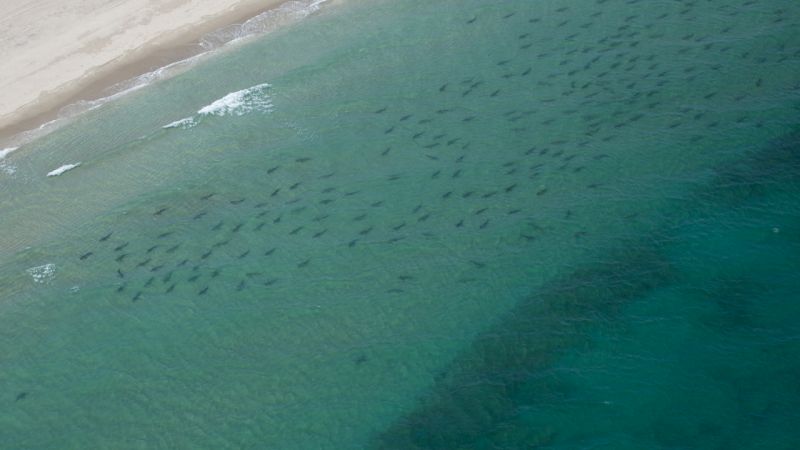 The warm and hospitable waters of the resort city of Palm Beach in Florida attract not only people, but also giant shoals of sharks.

Thousands of black-and-white sharks stopped near the coast of Palm Beach during the annual migration from Caroline to warm waters. Despite the fact that the species usually inhabits the counties of Miami-Dade and Fort Lauderdale, this year they decided to swim farther north.

Stephen Kajiura from the Florida Atlantic University is studying the sensory biology of fish and has been tracking sharks for 8 years. He notes that the number of shoals this year is lower than in previous years. “Last year, we noticed a significant decrease in the number of black-and-white sharks that migrated to the south. In fact, there were so few of them that we estimated the population to be one third of what we saw in previous years, “Kajiura said in a statement. “We want to make sure that these” migratory birds “have returned to South Florida, because if this does not happen, the region will suffer a huge environmental blow.”

The Kajiura team uses drones, aircraft, ships and acoustic devices to track the migratory routes of predatory fish. In recent years, they have counted up to 15 thousand sharks in one day.

Although black sharks most often bite people in Florida, none of these meetings ended in a fatal outcome. “These sharks are rather fearful,” Kajiura adds. “Therefore, when they see a person, they swim away.”