Times Square blocked due to the attack of thousands of bees 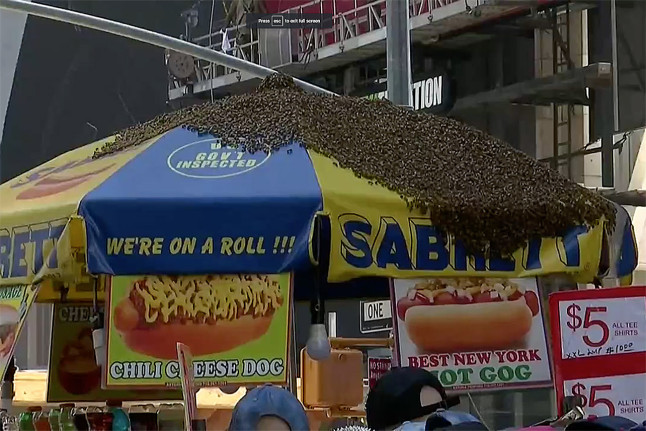 Police in New York had to block the area in Manhattan because of the attack a huge number of bees attacked the tent to sell fast food.

The city’s chief police officer, James O’Neal, said New Yorkers should not worry about the buzzing bee swarm, it’s just a buzz about the New York police being a multi-disciplinary organization. Also, according to O’Neill, the bees are treated humanely.

One video shows how a policeman in a special suit collects bees from a tent with a device similar to a vacuum cleaner. It turned out that the man contains an apiary and was able to find a common language with the attackers.

Some experts suggested that a bee swarm shortly before the incident left its hive due to hot weather and flew to the Times Square. The bees were transported to a safe place from where they would be moved to a new hive.