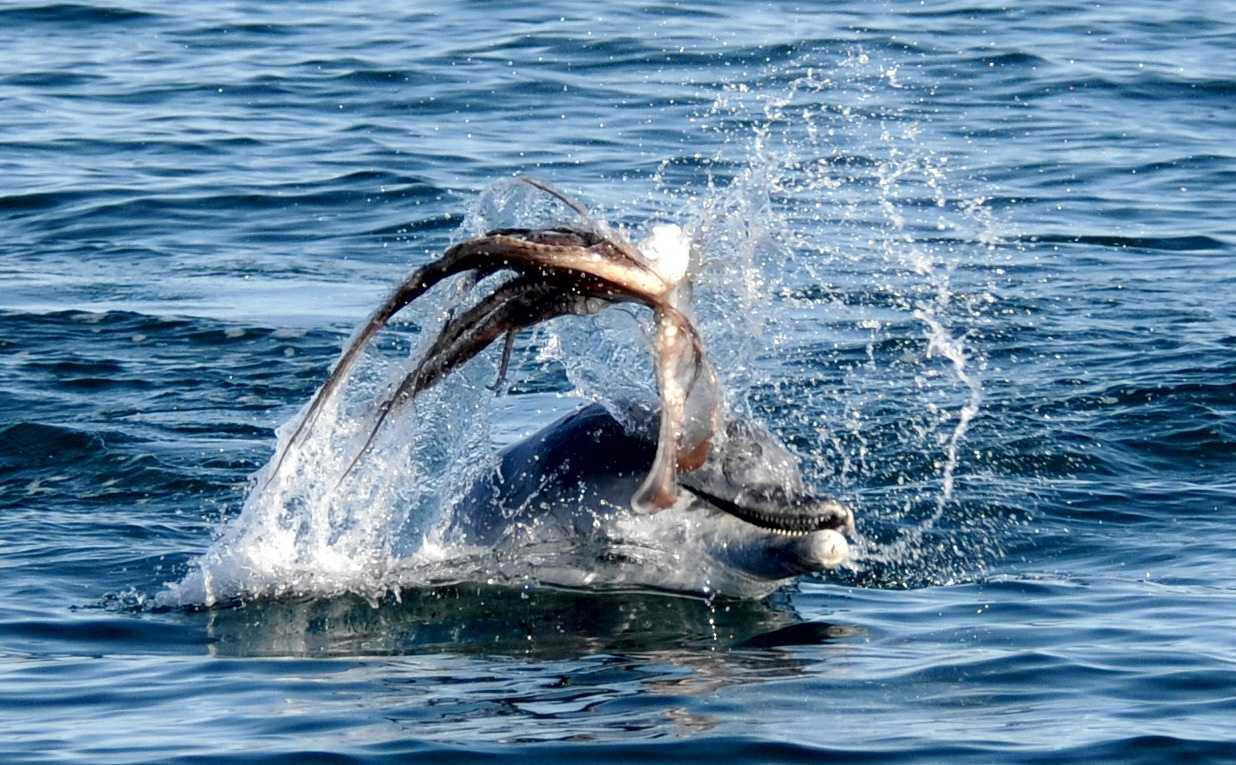 Hunting can be a pretty risky occupation for the hunter himself. A bear is dangerous for a person, a bull or a zebra for a lion, octopuses for dolphins. However, bottlenose bottlenose dolphins (Tursiops aduncus), which were investigated by the scientists of the Australian University of Murdoch, sometimes attacked various coastal octopuses, sometimes quite large ones. And to cope with a dangerous opponent, they used “ingenuity”.

Anatomy of dolphins is more adapted to catching fish, making it difficult for them to handle semi-liquid cephalopod prey. Octopuses are strong, smart, and can be armed with a powerful beak. Their suckers can cause severe injuries, and, without hands, they are extremely difficult to tear off the body, because they do not loosen the grip even after death. There are cases when dolphins did not survive in such battles. Nevertheless, Kate Sprogis (Kate Sprogis) and her colleagues describe how the population of bottlenose dolphins living in the sea near the Australian town of Banbury has mastered an active hunt for these dangerous animals.

In an article published by the journal Marine Mammal Science, the authors tell about 45 events of the dolphin hunting in the cephalopods that they were marked between March 2007 and August 2013. As a rule, adult males decided this, using tactics that are uncharacteristic for dolphins. Literally pushing the victim to the surface, they toss it, pick it up and throw it again on the water, not letting it sink, as if playing with the ball.

As a result, the octopus perishes. Without the support of water, in the air his soft tissues are too vulnerable and heavy for his own musculature, the body is torn to pieces, convenient for use by the dolphin. Short dolphin movements do not leave the victim enough opportunities to use his suckers.

However, even using this innovative tactic, bottlenose dolphins approach hunting for octopuses with great care. Scientists note that more often it unfolded in winter and spring, when the mating period continues the mating period. Having given life to the offspring, these animals noticeably weaken, becoming easier prey.