To the coast of the Philippines, an unknown monster was killed 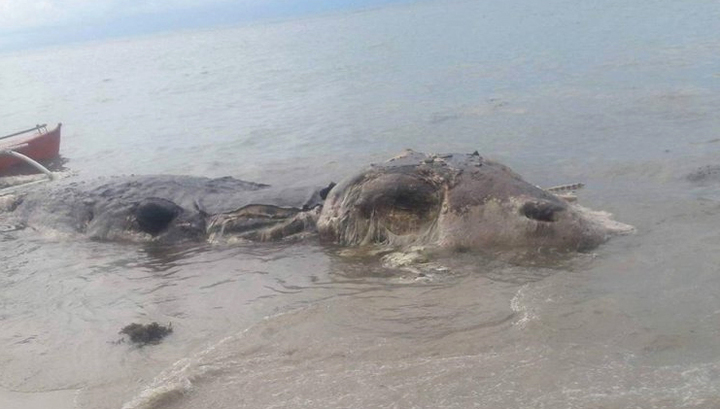 The coast of the Philippine city of Maasin was hit by a monster unknown to science, whose body length is ten meters. Local authorities can not yet determine the type of strange sea creature, its remains are in a very strong stage of decomposition.

The representative of the local Bureau of Fisheries and Water Resources Julius Alpino believes that the spooky “monster” is in fact a whale, but there is no direct evidence for this.

Witnesses and authors of photos of “monsters” in the media say that it was already dead when local residents saw it.

Officials say that the rotting remains of the animal can be dangerous for the townspeople. The body of the “monster” was decided to be buried directly in the sea.