To the shores of Nakhodka, a whale carcass was killed 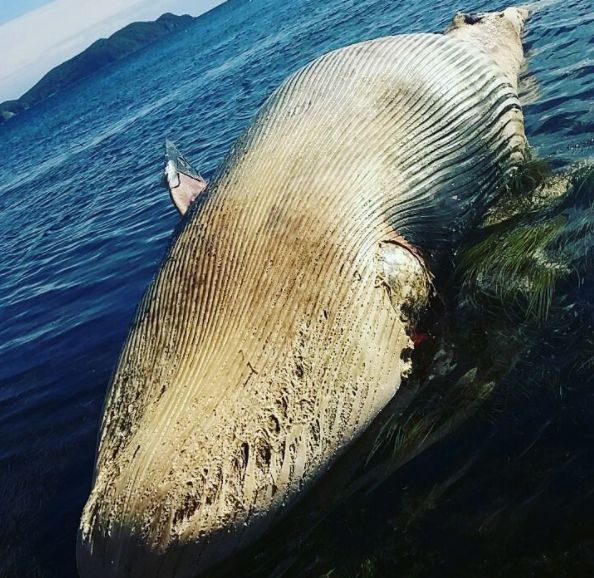 To the shores of Nakhodka in the Primorsky Territory, the body of a dead whale was killed. A huge carcass to the coastal line brought waves.

Numerous users of social networks that posted photos of a mammal suggested that, most likely, it is a small rorqual or whale Minke. These are dwarf whales, whose size does not exceed ten meters, while blue whales reach more than 30 meters in length. According to eyewitnesses, the dead carcass carries away by the current to the west towards the village of Volchanec.

Some experts have suggested that the body should be helped to tow far into the open sea, otherwise the unpleasant smell will soon begin to interfere with residents. The fact is that in the natural circumstances of a multi-ton dead whale, sea inhabitants eat for several months. While official comments on the further actions of special services did not appear, while in the mayor’s office Nakhodka was informed that the regional department of the Ministry for Emergency Situations and Rosprirodnodzor was notified of the appearance of the whale carcass.

Employees of the Pacific Oceanological Institute of the Far Eastern Branch of the Russian Academy of Sciences explain that the Minke whales quite often occur in local waters. They eat small fish and swim quite close to the shore.