Tower hanging from the sky is a fantastic project 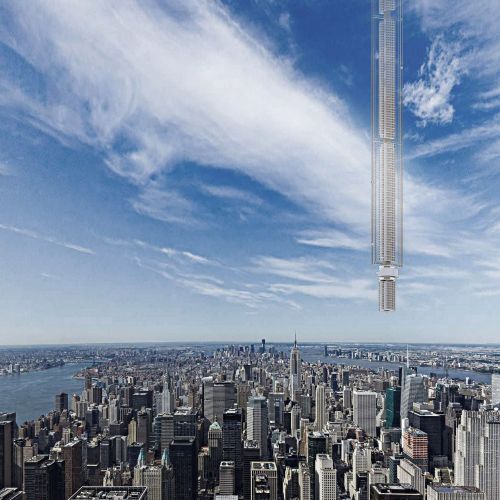 The New York Architectural Bureau Clouds Architecture Office shared plans for the most incredible architectural project of the last time: a skyscraper that will literally hang from the sky and is built on an asteroid that hangs in orbit. That is, his first floor will be in space, and the roof on the Earth.

The building will be called the Analemma Tower, and architects suggest building it over Dubai, where real estate is 15 times cheaper than in New York. The assembled modules will be lifted from the Earth, fastened to the expandable base of the tower, which will be attached to the asteroid by cables. “Since the new typology of the tower is literally suspended in the air, it can be collected anywhere, and then transported to the place intended for it,” the architects say. According to them, the management of asteroids is no longer a fantasy, and NASA has already planned a mission to manage the asteroid in 2012 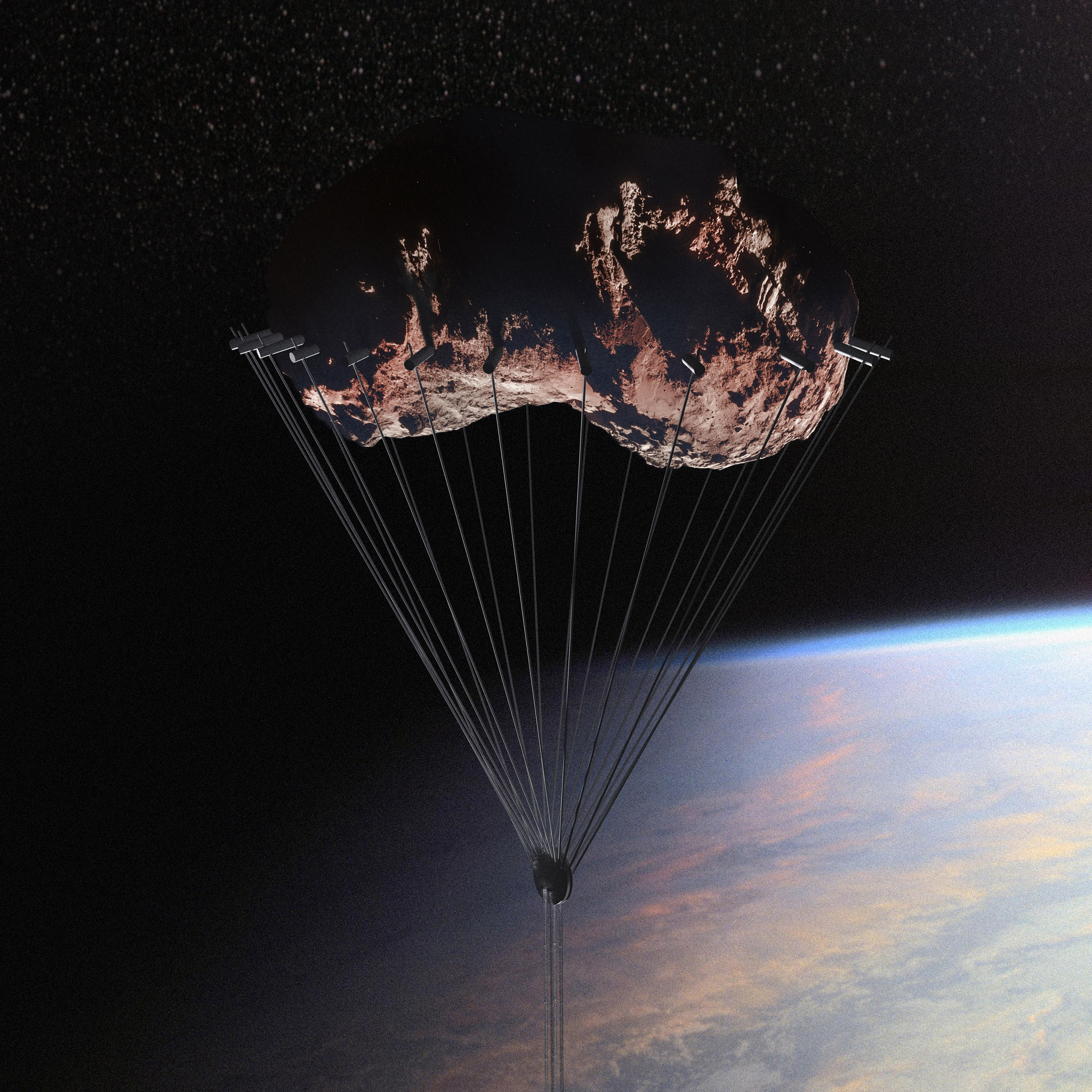 The Analemma Tower itself will follow a trajectory reminiscent of a figure eight passing between the south and north pole each day. At the lowest and slowest point of the orbit, the building will pass over Manhattan. The architects describe the mission of this strange tower as an expression of the design idea at the planetary level, and the Analemma Tower itself will become “an example of a mixed-type building that embodies the planetary design strategies, becoming, in addition, the tallest building ever built by man.” 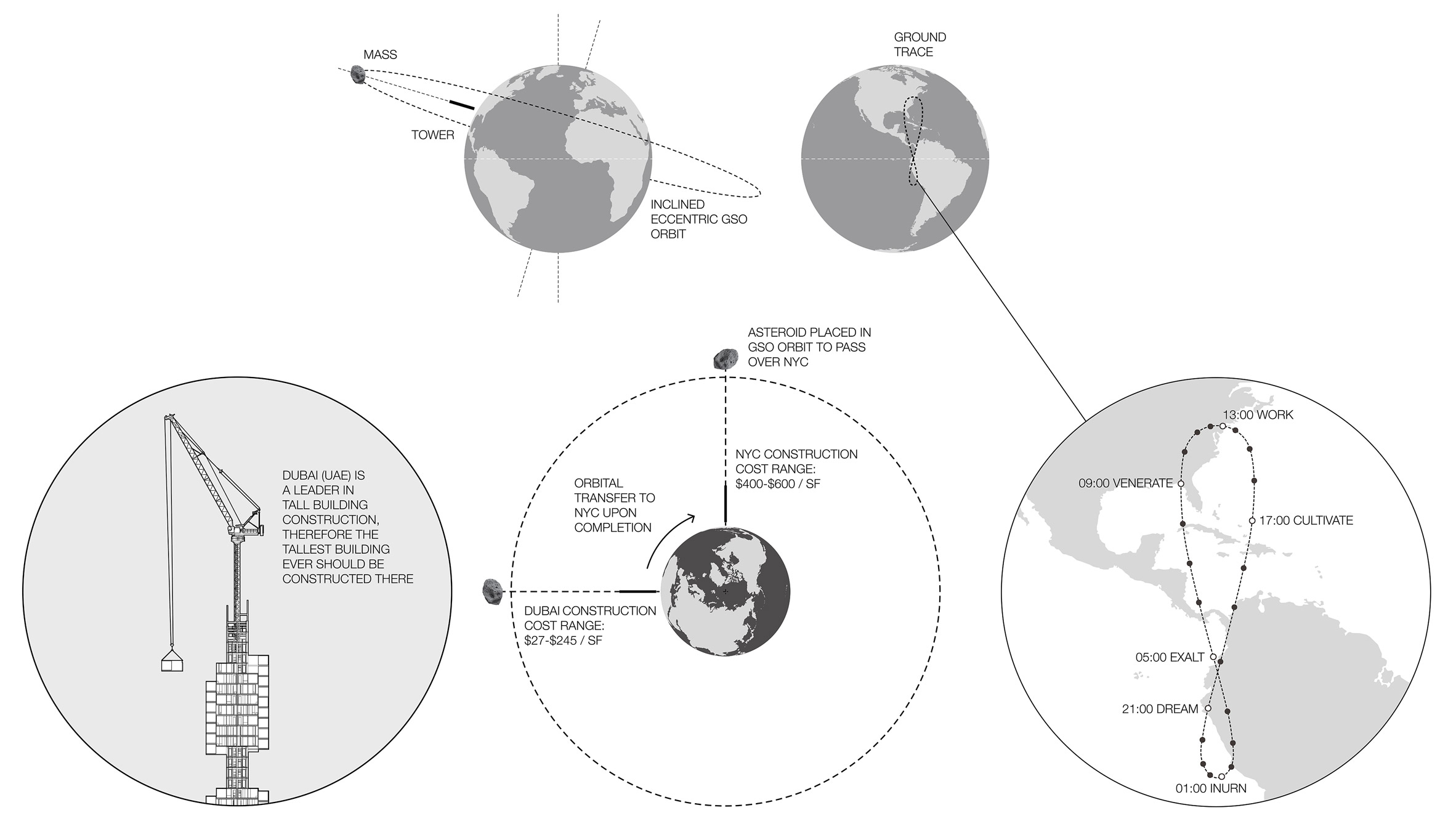 The tower will receive energy from solar panels located in space, at the base of the Analemma Tower, water will be collected from clouds and rainwater.

The tower according to the plan is divided into sections, each will be given for different types of activities. Business centers will be located in the lowest floors, residential blocks are located in the middle, and at the top there will be religious and funeral establishments. The size and shape of the windows will vary depending on the height of the tower, the atmosphere and the temperature.

Analemma Tower was the last of a number of projects Clouds Architecture Office, exploring the possibilities of space research. 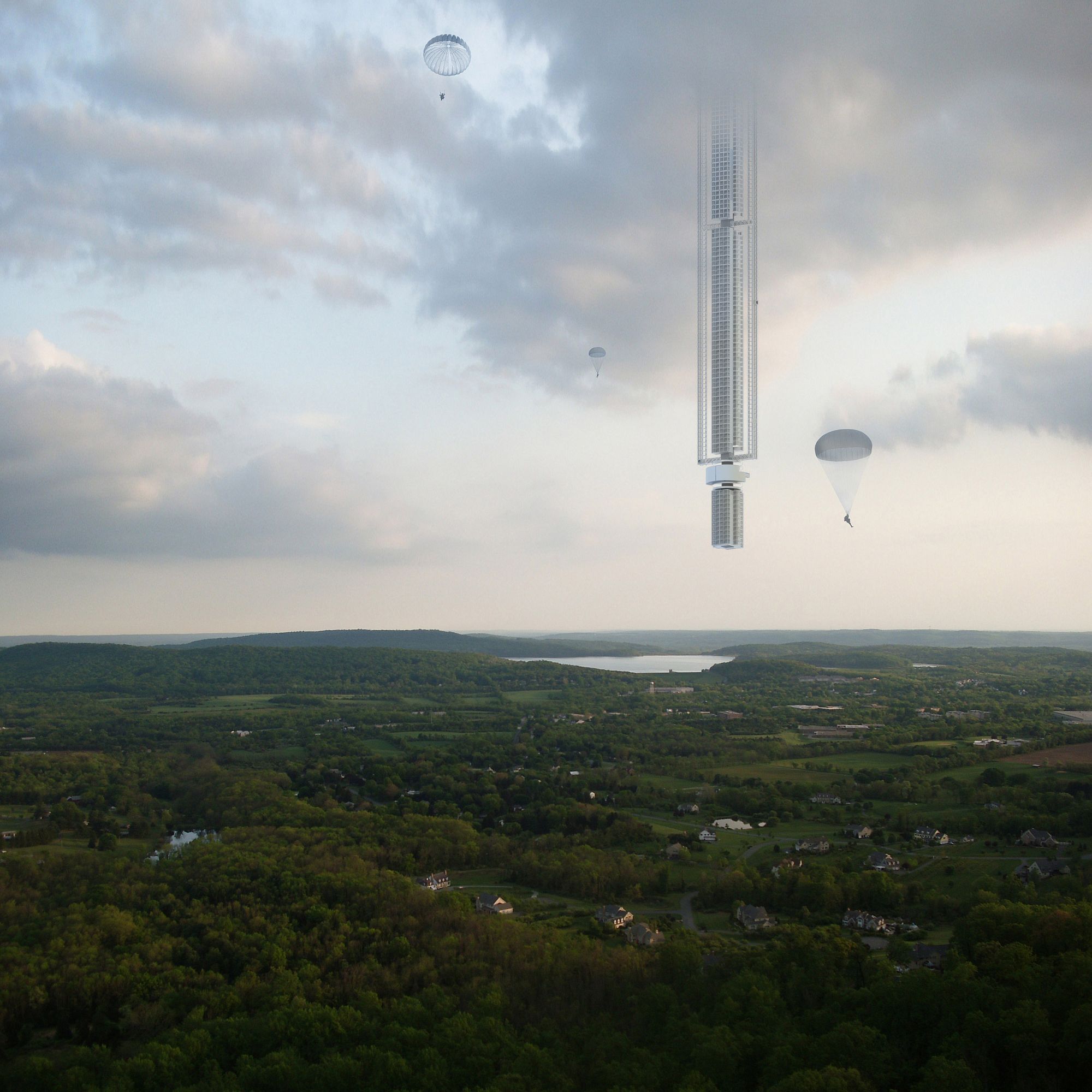 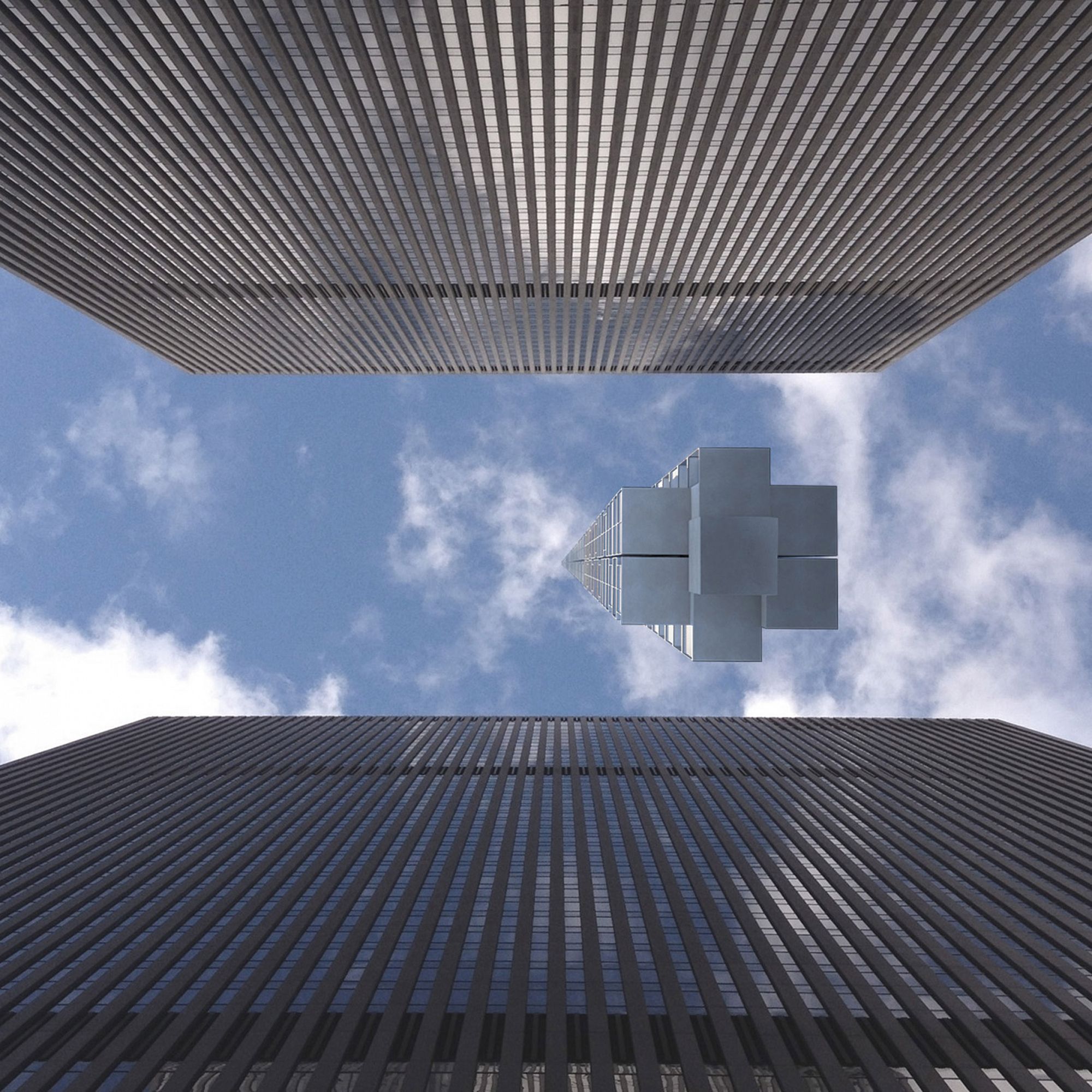 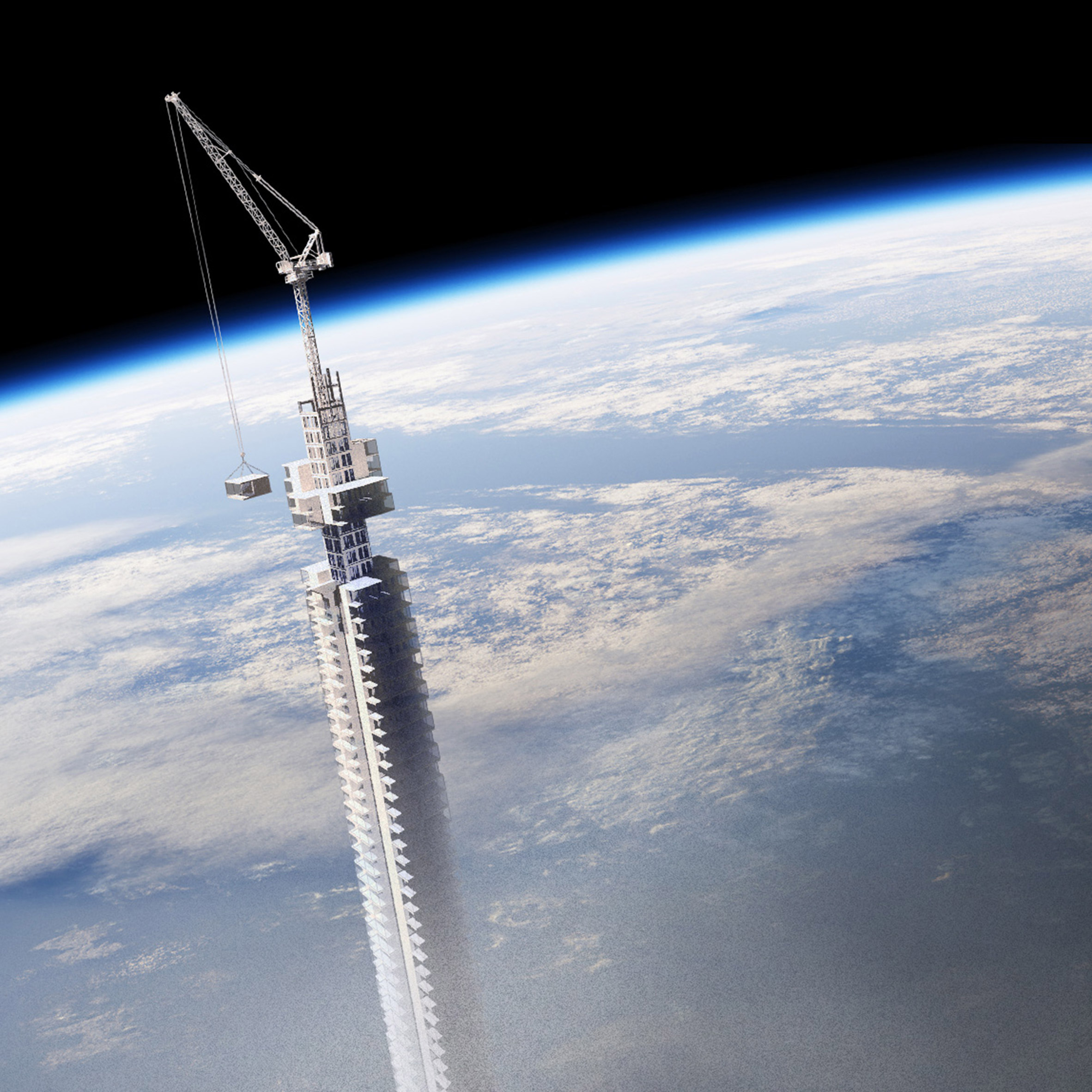