Ukrainian villages still suffer from the consequences of the Chernobyl disaster 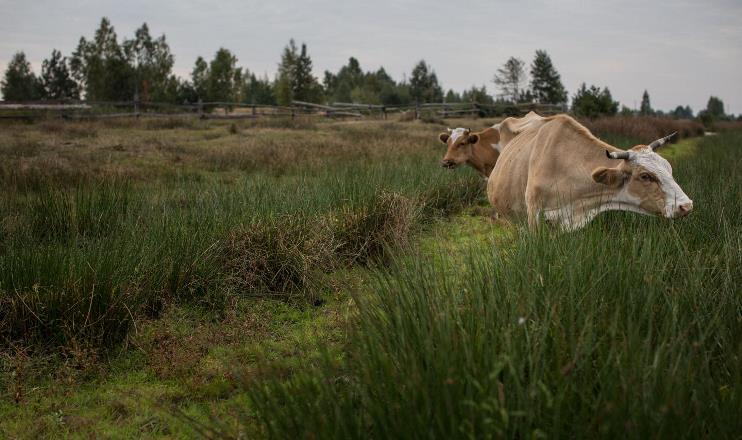 A new study showed that milk radioactivity in some regions of Ukraine is five times higher than the maximum permissible standards.

The scientists of the Greenpeace Research Laboratory at the University of Exeter, and the Ukrainian Institute of Agricultural Radiology, studied milk samples from private farmers in the Rivne region, about 200 kilometers from the famous Chernobyl explosion in 1986. They found a significant excess of radioactive cesium in milk, the safe limit of which in Ukraine is 100 becquerels per liter (Bq / L), in six of the fourteen settlements, and exceeding the limit for children 40 Bq / L in eight locations.

The highest level of radioactivity was 500 Bq / L – five times higher than normal for adults, and more than 12 times for children.

“More than thirty years after the Chernobyl disaster, people are exposed every day to radioactive cesium, consuming local foods, including milk, in Chernobyl affected regions of Ukraine,” says Irina Labunska, a researcher at the Greenpeace Research Laboratory at the University of Exeter.

“In the area where we conducted research, many keep cows for milk production, and the main consumers of this milk are children. Although soil contamination in the studied areas is not extreme, radioactive cesium is concentrated in milk and other food products, therefore, the inhabitants of these villages are constantly exposed to radiation, which adversely affects the body, especially children’s. ”

Researchers point out that simple measures are needed to reduce the level of radiation in the area of ​​residence of 8,300 residents, specifically in six villages with the greatest pollution – for this it is sufficient to spend about 10 euros per year per person.

These measures include the addition of cesium absorber cows, known as Ferrocyn, to mineral fertilizers of potato fields, as well as the feeding of pigs with food that does not contain pollutants.

The cost of implementing these measures will fall as the level of radioactivity decreases – but if not taken, experts warn, the contamination of milk will exceed 100 becquerel / liter in some regions of Ukraine until 2040.

Dr. Labunska says: “The Government of Ukraine has taken some measures before, but everything stopped in 2009. There is a need for governmental and international monitoring, as well as assistance to victims of radiation. This historical example shows how long the consequences of an atomic accident can be preserved, which have a detrimental effect on the daily life of the population. “