UN launches campaign to combat plastic debris in the ocean 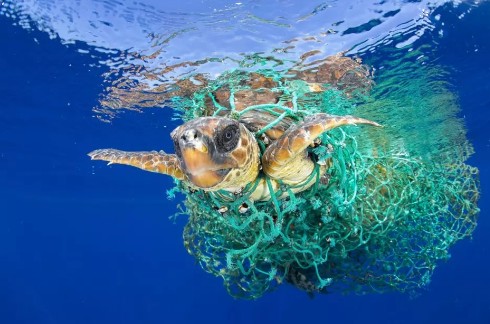 Recently, the United Nations appealed to consumers to curb their habit of using disposable plastic items after a scientific study showed that every year the population throws millions of tons of plastic debris into the ocean.

The UN announced the World Ocean Litter Campaign, which envisages measures of pressure on governments and businesses to encourage them to reconsider their attitude to the environment.

“It’s high time to seriously tackle the problem of the plastic that pollutes our oceans,” says UNEP Executive Director Eric Solheim. – Plastic waste falls on Indonesian beaches, settles on the bottom near the North Pole and, climbing the food chain, get on our dining tables. We spent too long on the spot, while the problem worsened. This must be stopped. ”

An important role can be played by consumers by reducing the use of disposable bottles and personal hygiene items such as toothpaste, to which plastic microballoons are added to improve efficiency. They could also refuse to buy synthetic clothes, from which a huge amount of fibers are allocated during washing, and replace it with clothes made of natural fabrics.

According to experts, 9.5 million tons of plastic wastes are released annually into the seas and oceans, which is equivalent to unloading a full garbage truck every minute. Up to 80 percent of oceanic pollution falls on plastic, and damage to marine ecosystems is estimated to be at least $ 8 million a year.

In the photo above: A sea turtle, entangled in a fishing net, floats off the coast of the Canary Islands