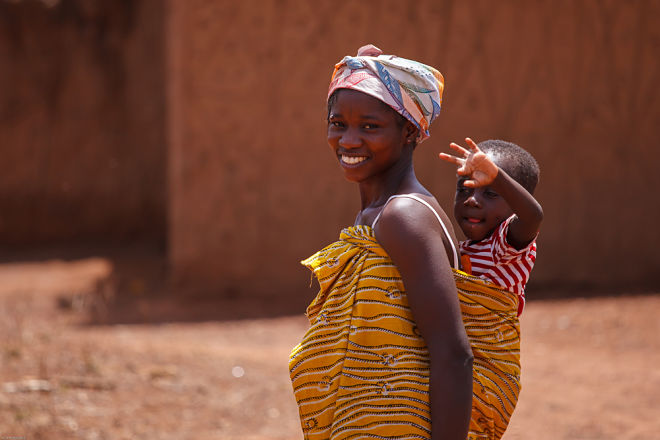 Studies show that women are more affected than men by the effects of global climate change. According to the UN, up to 80% of people forced to change their place of residence due to climate change are women.

Since it is women who own the role of the main guardian in the family and the breadwinner in modern society, they are more vulnerable than men in case of flooding and drought.

As an illustrative example in the United Nations lead to Central Africa. Thus, many indigenous peoples in the countries of the Lake Chad Basin encountered a serious problem after their main water source began to dry up.

Over the past 50 years, the area of ​​Lake Chad has declined by almost 90%. With the retreat of the shoreline, residents of coastal towns have to overcome long distances behind water. As men move to cities in the dry season, the burden of care for the household, provision of water and food for the whole family falls on the shoulders of women.

“They are becoming more vulnerable … it’s very hard work,” said Hindou Oumarou Ibrahim, coordinator of the Association of Indigenous Women and Peoples of Chad in an interview with BBC.

However, this problem affects not only the residents of rural areas. Globally, women are more likely to face poverty, they are weaker than men in socio-economic terms, they find it more difficult to stand up after natural disasters that affect infrastructure, jobs and housing in the affected area.

So, after the hurricane Katrina in 2005, among the flood victims in the state of Louisiana, most were African American women. Now they are at risk in such low-lying cities as New Orleans. As noted by Professor Jacquelyn Litt, who studies women and gender inequality at the University of Rutgers, before Hurricane Katrina in New Orleans, the level of poverty among African Americans was much higher. More than half of all poor families in the city were single mothers, who strongly depended on social assistance from outside.

Such extreme natural disasters, like Hurricane Katrina, violate the social connections through which poor women managed to survive and support their families.

Studies have also shown that natural disasters do not affect all people in the same way. A report by Oxfam, an international association on poverty, notes that the ratio of survivors of the powerful tsunami to men and women was almost 3 to 1 in Sri Lanka, Indonesia and India (2004 data). Although the authors of the report do not name the exact reasons, this trend was traced throughout the region. Experts say that men have more chances to survive during the tsunami, including because they swim better, and women often lose valuable time, until the last time they are engaged in ensuring the safety of their children and other relatives.

Another study, covering a period of 20 years, notes that catastrophic natural events reduce the life expectancy of women to a greater extent than men: as a result of natural disasters, more women die or they die at an earlier age. In countries where women have more social and economic support, this difference is significantly reduced.

In this connection, the UN emphasizes the need to involve women more actively in the process of important international climate negotiations. To date, the percentage of women’s representation on global negotiating platforms affecting climate change does not exceed 30%. At the national and local level, the figures are even more modest. Since women make up half of the world’s population, it is extremely important that they take part in the adoption of all important climate decisions, the UN believes.