Unusual activity of aliens around the town of Hebbronville in Texas 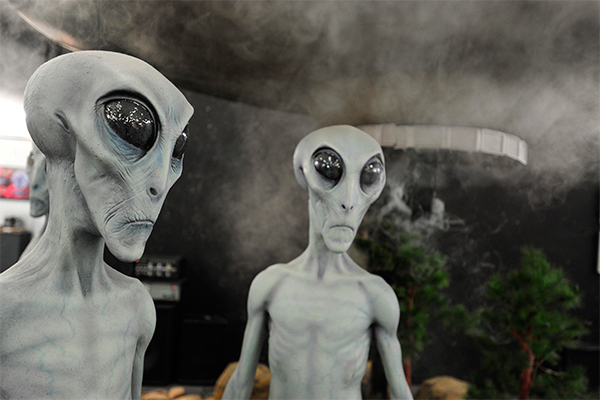 American researcher of mysterious creatures Lon Strickler (Lon Strickler) published on his website the next letter from an eyewitness. According to Strickler himself, the most intense interest in him was caused not even by the very message that he received a few years ago, but the place that he described.

It was a small town Hebbronville in Texas, with a population of just over 4,500 people. However, according to Lon Strickler, he regularly receives reports of observations in the vicinity of this city of mysterious tall creatures, similar to bipedal pangolins or reptilian aliens. 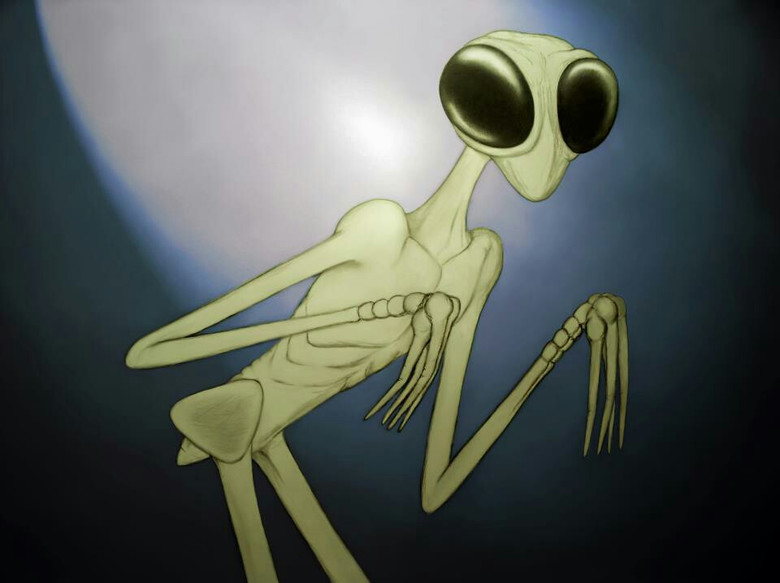 Some ufologists consider tall skinny aliens as reptiles, others are sure that they are insect-like creatures

So, the letter itself:

“It happened last week (June 2013) late on Thursday and Friday in Hebbronville, Texas.” I went to my girlfriend’s neighbor late at night to wash my clothes from her, she lives in a few houses below my house .

When I left, my children were already asleep, except for the older child (son) and I asked him, until I was there, to look after the house. It was not strange, I myself remained on the lookout for the younger ones when I was a child.

My husband was on the night shift at work, the time was around 10.45 pm and when I left, I felt something strange, like I should not have left children alone. But I thought that it was not far and I will be back soon. I went, loaded the washing machine with linens and returned to my house as quickly as possible. When I entered the house, it seemed to me that my son in the living room was playing with someone, probably with a cat.

I thought that everything was fine and I was worried in vain. I checked the living room, my son was already sleeping on the couch and I myself also went to bed. But the next morning my son told me that when he was sitting in the living room and playing with the cat, he saw something right outside the window. Someone was peering from the street into the living room window. The son described that he was tall and skinny and “with dark skin like an alien”.

The son also said that the creature had a “cheerful head shape”. When the creature moved away from the window, my son crawled cautiously to the window and looked at the street. He saw that there were “other people” walking around and peering through the windows of other houses. According to my son, he was very frightened and I was also frightened. On this day, I decided to stay up late and see what would happen at night. I sat almost until 5 am, but did not notice anything unusual.

The next morning was Saturday and I went to my friend’s house again and told her about what my son saw. And then my friend told me that she also saw something that night between about 11 and 12 o’clock. After her story, I was even more excited. She was lying on the first floor on the couch and was asleep, and then she heard a strange sound from the door to the backyard. She saw that someone was trying to open the door and rotate the handle. And then the door opened.

At that moment, the woman was already in a state of panic and the only thing she could remember was that three dark creatures had penetrated the house, which in appearance were the same as those described by my son (tall, skinny).

At the same time, when I told my friend about what my son saw, I did not give her a precise description of the creatures, but she herself described them exactly, adding that the skin was dark green and mucous. Then I was convinced that these creatures did come, my friend is not the person who believes in aliens and UFOs. “