Unusual cloud pattern off the coast of South Australia 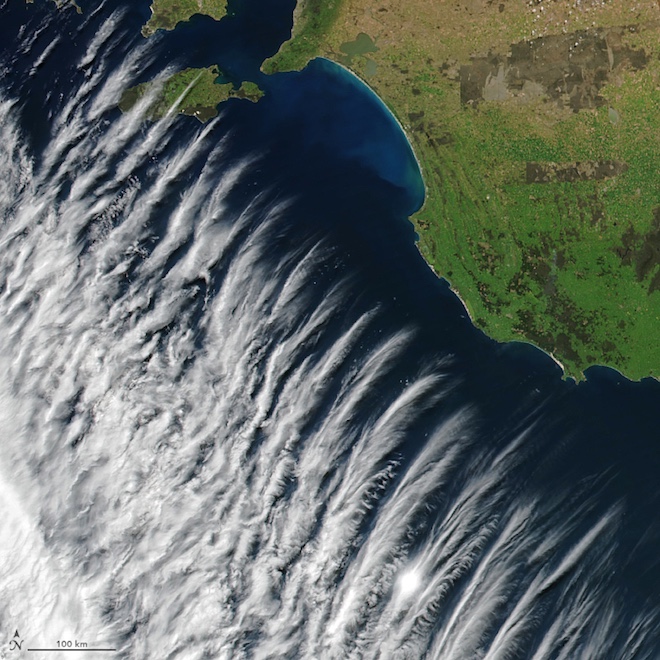 Last month, October 17, a radiometer VIRS on the satellite Suomi NPP captured an unusual cloud pattern off the coast of South Australia.

It seems that the clouds come out of the cold front, marked by a dark blue line on the weather map, published the same day by the Australian Met Office. But, according to meteorologist Paul Lainio, in fact it is not.

The cloudy image is caused by an atmospheric phenomenon called “gravitational waves on water”. Just as water throws up the boat and again lowers it under the action of gravity, these clouds are formed by the rise and fall of the air pillars. As the wave moves along the cloud strip, the wave heights are filled with clouds, and the depressions remain cloudless. In this case, the waves developed as a result of instability on the side of a powerful jet stream moving ahead of the cold front.

As explained Lainio, the observed effect is relatively unusual, since it requires a strong anticyclonic curved jet, which creates “gravitational waves” of sufficient magnitude. Such waves are a way of restoring balance in the atmosphere, and, as a rule, they are short-lived.