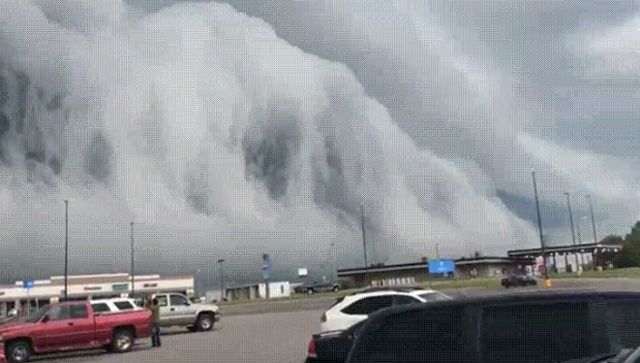 In the US, photographed unusual clouds resembling a giant wave. The video was drawn to the attention of Reddit portal users.

The comments noted that the video was filmed in a small town of Anna in southern Illinois.

“Run,” one of the users advised the author of the video jokingly.

“I would start praying, even though I’m not a believer,” another person supported him.

“No, this is definitely a tsunami,” another commentator was amazed.

Some users at the sight of the clouds recalled the movie “Mist” based on the story of Stephen King. As for the nature of the unusual phenomenon, users did not come to a consensus, but some suggested that the video came from the so-called gross clouds formed at the boundary of the atmospheric fronts.