US scientists warned of epidemic of brainworms causing paralysis 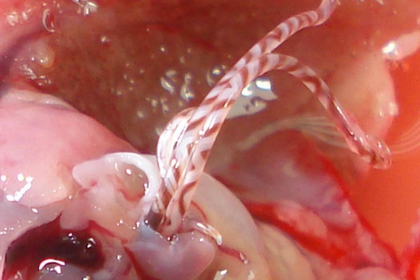 American researchers found that the rat lungworm Angiostrongylus cantonensis spread to five counties of Florida. Scientists believe that the expansion of the habitat of the parasite is associated with global warming and in the future more people will become victims of angiostrongileza – brain damage by helminths. This is reported by the publication Gizmodo.

A person becomes infected with A.cantonensis when he uses raw shellfish, crustaceans or frogs. Getting into the brain, the worm causes meningoencephalitis, which leads to disruption of the central nervous system, and in severe cases – to death. Larvae usually die, but around them are formed areas of necrosis of the brain tissue. Symptoms include headaches, fever, vomiting, nausea, and paralysis of the facial muscles and limbs.

In 2017, doctors confirmed 16 cases of helminth infection in Hawaii, although before this epidemic in the past 20 years there were only two cases of angiostrongileza in the region. A.cantonensis was also found in the states of California, Alabama, Louisiana and Florida.

During the life cycle, the larvae of the pulmonary worm get into intermediate hosts – snails that are eaten by rats. In the organism of rodents, helminth continues its development.