Where to safely look at the red-hot lava

A trip to an active volcano — not for the faint of heart. The steep terrain, temperature changes, hours of physical activity and, of course, the risk of a volcanic eruption — all this awaits those who will go to the volcano. But the reward for the hard way will be remembered for a lifetime — a huge lava lake or lava flow, flowing directly into the ocean. And enjoy such a spectacle can be in 6 places on the planet. 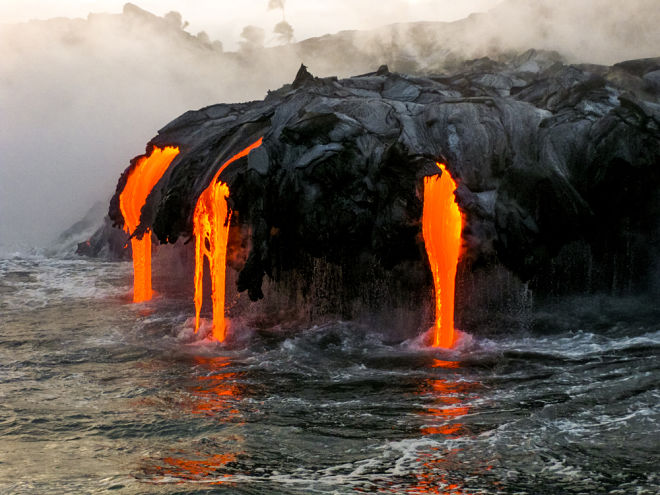 In the archipelago there are 5 volcanoes, and 4 of them are on the Big island. The active Hawaiian volcano Kilauea, but he’s also one of the most turbulent in the world. Hawaiian continuously erupting since 1983.

Most of the time the eruption is peaceful, and visitors can watch the lava from a fairly close distance. Special platform for observing the lava on the coast recently opened at the National volcanic Park, Hawaii at a distance of 270 meters from the waterfall of lava pouring into the Pacific ocean.

Tourists are invited to the so-called lava tours of the island. And the bravest can watch on the volcanic splendor of the Big island from a helicopter! 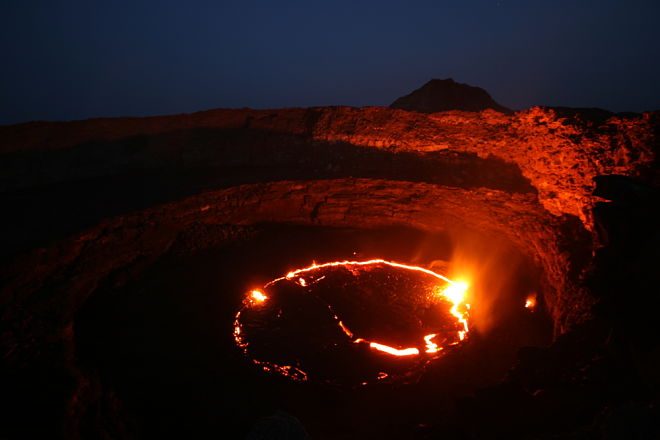 The most active volcano in Ethiopia called “hell on Earth”, not only because of a rare lava lake in the crater. Travel to Ertale begins with a five-hour trip through the desert, and it can take a whole day depending on weather conditions. The last part of the journey passes right through a bumpy field of hardened lava.

From the foot Artale need to climb another three hours in the dark. Because of the heat, a rise in the afternoon is impossible. In the crater, the tourists will see the bubbling and glowing lava lake, which boils from 1906. 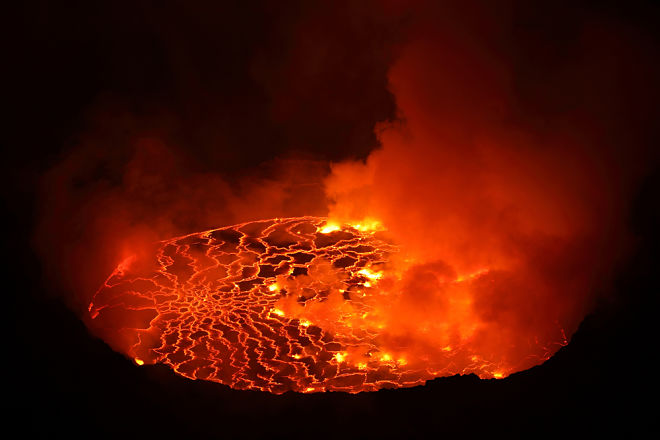 In the crater of this volcano also has a lake of lava, incidentally, the largest in the world. The last time Nyiragongo erupted in 2002, throwing lava flows in the city of Goma, killing 147 people. The volcano is known to be particularly fluid lava that flows almost like water. Those who want to admire the lava lake, you will have to spend in the path of 4-7 hours. 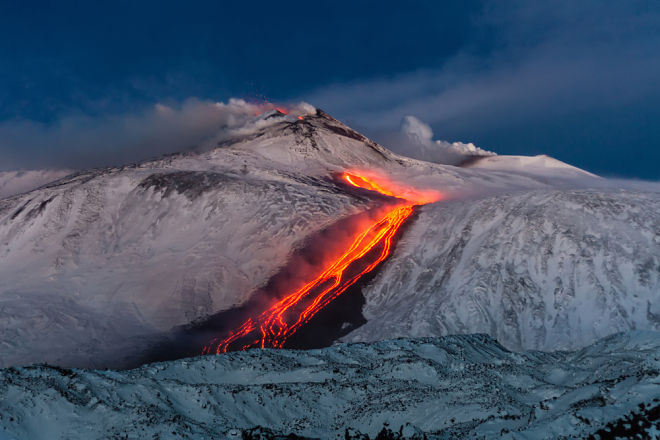 Etna — the highest active volcano in Europe. It is possible to explore by car, bus, Bicycle, cable car, train and of course on foot.
Also Etna is a group of stratovolcanoes associated with the 4 summit craters. History of eruptions of mount Etna dates back to 425 BC Here you can see the lava flows that poured out of cracks and holes on the slopes of the volcano. 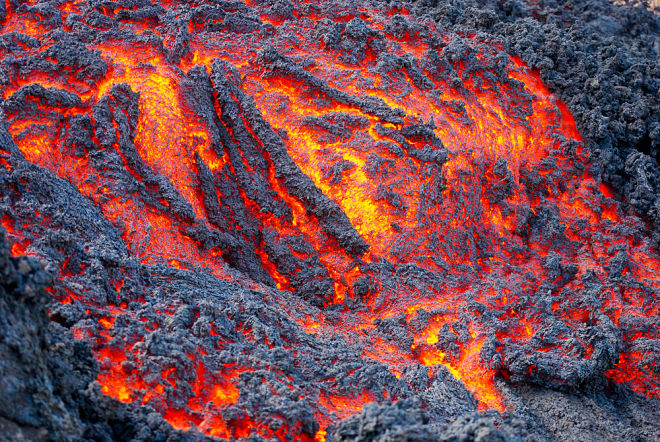 Pacaya is an active volcanic complex in Guatemala, which began erupting constantly since 1965. The crater can be reached by horse or on foot in just over an hour. To the lava you can get so close to roast marshmallows over hot threads is for tourists everyday occupation. 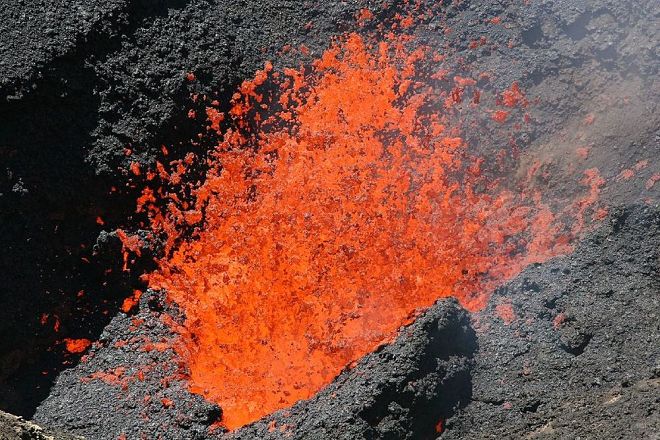 The volcano of Villarica adjacent to the lake and the city. This constantly active volcano with a small lava lake in the crater.

The last strong eruption of the volcano occurred in March 2015, when it was evacuated of thousands of people.

Tourists can enjoy a walking tour to the crater or look at the “fire” of the lake from a helicopter.