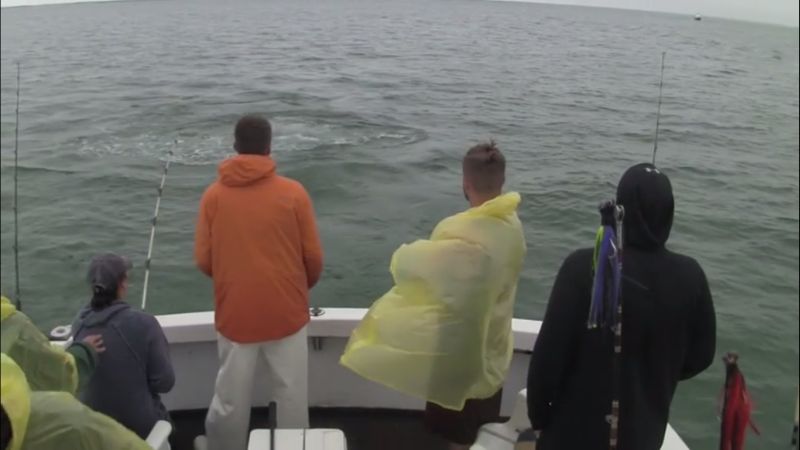 Why fish yourself, if you can steal the catch from tourists? Such considerations were guided by white sharks in the Cape Cod Bay off the coast of Massachusetts, which deprived fishermen of the catch.

Two egregious cases of stealing trophies from anglers were filmed by captain of the 11-meter vessel “Stanmei II” Hap Farrell.

The first thief-predator aimed at the striped bass, which already “sat” on the hook. Although the shark managed to snatch off the lion’s share of the booty, the fisherman had something left – the head of a once huge fish.

In the second case, a three-meter white shark showed an almost circus trick. The fish jumped out of the water, catching the perch. The fishermen were not at all upset, but, on the contrary, they met the appearance of the shark with cries of delight.

White shark – one of the most dangerous and large fish on the planet. The average length of individuals is 4.6-4.8 meters. There are real giants up to 6 meters in length.